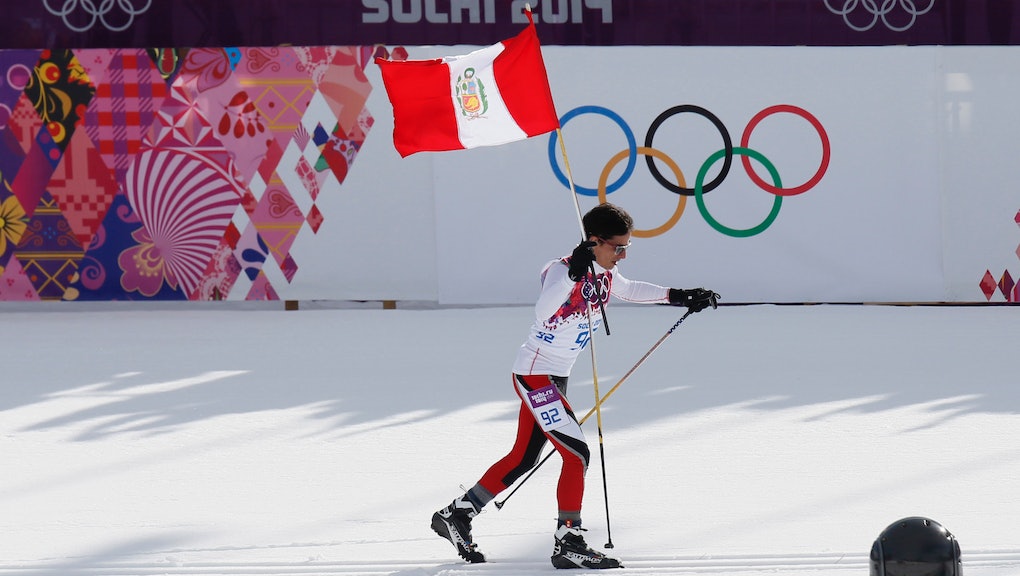 In the newest feel-good story of the 2014 Sochi Winter Olympics, cross-country skier and Peru's first-ever Winter Olympian Roberto Carcelen finished Friday's 15K Classic in dead last. He didn't win, and he wasn't even close ... in fact, he finished nearly 30 minutes after the gold medalist. But it was still amazing to watch.

The 43-year-old is a relative newcomer to the sport — having only picked it up in 2005 — and even suffered a broken a bruised rib training in the weeks leading up the Sochi. Nevertheless, Carcelen persevered and committed to the race. He had to stop several times during the race and even had the entire course to himself for the last 10 minutes of his run (everyone else had already finished).

But he finished and it was very cool to watch — so thought not only the fans but also first place finisher and three-time gold-medalist Dario Cologna of Switzerland. Despite finishing his run 30 minutes ahead of Carcelen, Cologna waited around just to personally embrace and congratulate Carcelen for finishing.

Real sportsmanship at its finest.