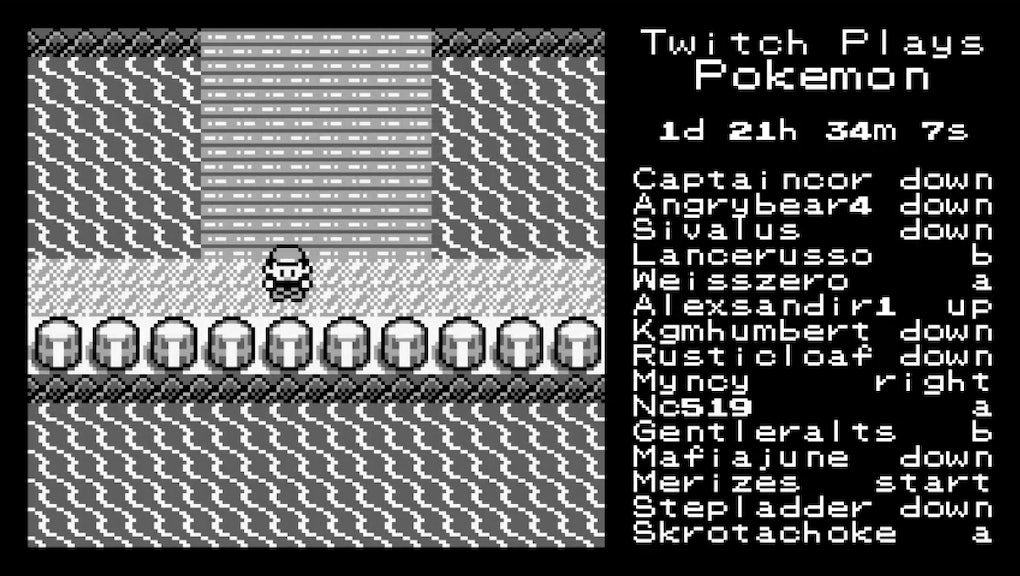 Apparently, we live in the age of the digital cloud. Our data is increasingly being stored on large remote servers rather than on our local hard drives, and everything from project funding to the search for the Boston Marathon bombers has been crowdsourced (no one said it was always a good idea).

But even so, here's a question you probably never thought to ask yourself: what would it look like if hundreds of people got together to collectively play Pokemon? Twitch.tv set out to figure out, and you can watch the results.

"Twitch Plays Pokemon," which is broadcasting live, sought to answer that question. The project converts the messages inputted into Twitch's live chat and translates them into button presses on a Game Boy emulator. In effect, it's a live internet installation art piece asking participants to try and co-ordinate the impossible. Some 10,000 people were watching at the time of writing.

It's a goddamn glorious mess. Ash can't move anywhere without running into walls or repeatedly talking to people, and every time the cloud manages to collectively move him into a battle with another trainer, the odds of success seem based more on luck than anything approaching skill. Thanks to crowdsourced naming, Pokemon carry titles like "JLVWNNOO" and "ABBBBBBK", while thanks to the players' inability to navigate away from areas where random Pokemon encounters occur, the party hopelessly outlevels anything they fight against.

But on the other than the slow progress, as far as social experiments go, this one is a clear success. With the time delay between input and movement, trolls, divergence in decision-making, and general thoughtlessness, it's nothing short of astonishing that the group has gotten anywhere. Over one day, 30 minutes of combined group gameplay had passed, and the Twitch community has made it to Cerulean City, the third major town in the game. They still have to make it through tons of dungeons, five more cities, and countless bosses to have any hope of beating the game. It could take them days or even weeks to beat the whole game.

And if enough participants get frustrated and drop out, that could actually speed up playtime, as fewer inputs would mean a more efficient decision-making process. You seriously could write an entire academic thesis on this.

Gaming Age says Twitch Plays Pokemon allows you to "enjoy the fascinating cacophony of a schizophrenic hive mind as they continue to attempt to perform normal functions that would otherwise take a four year-old at least a third of the time." What I find even more disturbing is that they're kind of good at it.