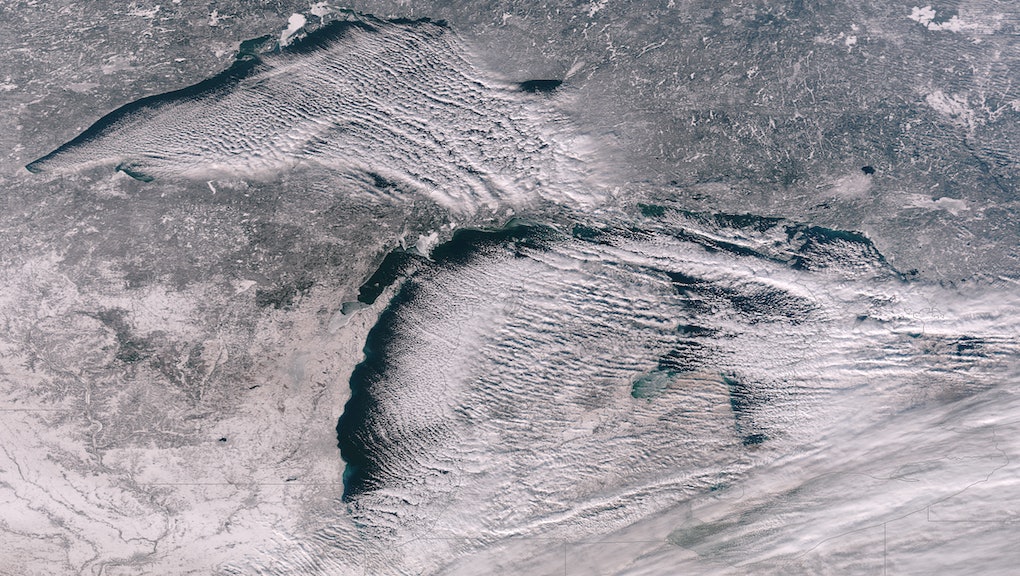 88.4% of the Great Lakes Are Totally Frozen Over — Here's What That Looks Like From Space

In case you didn't know, it's cold outside ... really cold. So cold in fact that according to the National Oceanic and Atmospheric Administration, 88.4% of the Great Lakes' total surface area was covered with ice as of Thursday. According to USA Today, that's approaching the all-time high of 95% ice coverage set in February 1979.

Of course, that 88.4% is for all five lakes, but they each have their own numbers:

Because Lake Ontario is fairly deep, have some parts that are relatively southern and has strong water flowing in from the Niagara River, it tends to lag behind on these numbers. Conversely, Lake Erie is the shallowest and tends to freeze first.

It's hard to image what that really looks like, but luckily the NOAA released these awesome photos from space. Take a look.