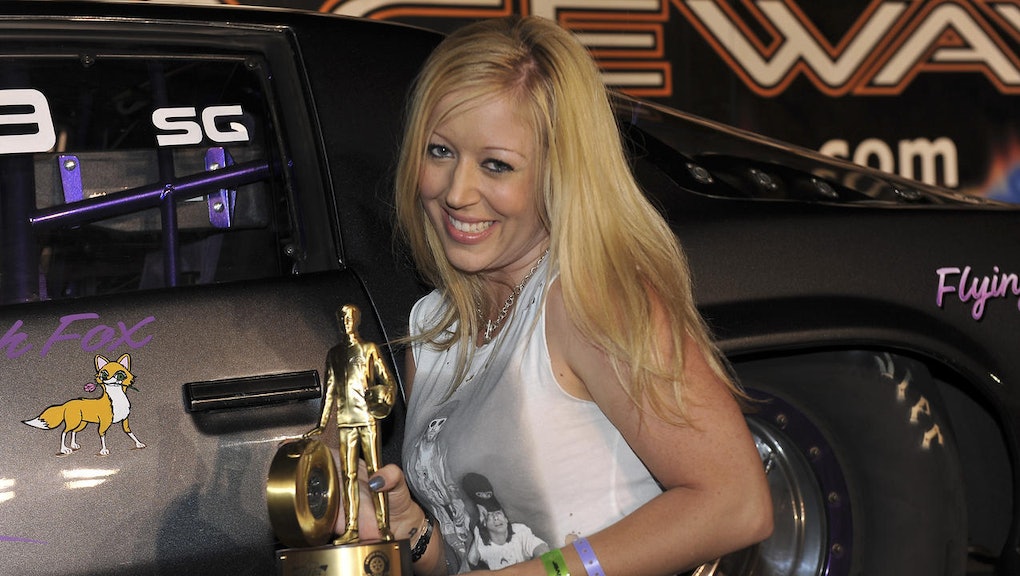 5 Clues to How the New, Super Secretive In-N-Out CEO Will Run the Company

Much like the In-N-Out business itself, Lynsi Torres, the company's current president, doesn't play by traditional rules. At 31, she's America's youngest female billionaire.

As the granddaughter of the company's founders Esther and Harry Snyder, Torres inherited her claim to the burger chain, much like her father and uncle before her. She received 50% stake in the company when she turned 30 and will acquire the remaining shares at the age of 35.

But what's most intriguing about Torres acquiring the massively successful cult-like burger chain is that, unlike other CEOs of fast-food industries, Torres never graduated from college and has little formal management training. Hence, very little is known about how she is going to lead In-N-Out.

Will she revolutionize the industry with innovative management strategies or will she completely fail due to a lack of experience?

In a statement to employees in 2010, Torres said, “I’m so blessed to have had such great family leaders come before me. Today, I view a big part of my job as adhering to and living up to the high standards that have been built up over the past 64 years. But there is more to my vision for In-N-Out … we don’t just want to live up to our own high standards … we want to exceed them!"

There is very little known about the super secretive Torres so it's unsure what management tactics she will use to exceed In-N-Out's already exceptionally high standards.

Below are five facts we do know about the new CEO and what it could mean for how she'll run In-N-Out:

1. She worked as an In-N-Out manager while growing up.

Despite her limited management training until this current position, Torres has been close to the In-N-Out business her entire life. At one time, her job was dicing potatoes as an employee.

Unlike other CEOs of fast food restaurants, Torres is completely loyal to In-N-Out because she's never worked anywhere else. The system and brand is ingrained into her lifestyle and she'll likely stay true to the original vision of the company.

2. She will "never sell, never franchise."

Staying true to the roots of the brand, which has foregone rapid expansion in favor of preserving quality, Torres has publicly stated that the company will remain centrally operated and regulated, another key difference from other quick service restaurants.

Her declaration suggests that she will continue the legacy of family-run quality even as the chain expands and attracts greater investor speculation.

In an OC Register article, Torres said: "I really feel responsible to maintain those things that my family instilled in this company. That's challenging because the temptation is to cut corners and change things here and there and do what everyone else is doing."

3. She is a competitive drag racer.

An activity that has been tied to In-N-Out history since the beginning  — founder Harry Snyder invested in a drag strip in 1971 — drag racing also happens to be one of Torres' main hobbies.

Her interest in this competitive and high-octane sport indicates that she is adventurous and willing to take risks. It's interesting to think about how this willingness combined with a competitive streak could manifest in future business strategy. Perhaps a store out East?

4. She is the main backer for Christian nonprofit Healing Hearts and Nations.

In-N-Out has been known for placing discrete, Biblical phrases on its food wrappers. It's unclear whether religion will play a larger role in the company's public presence now that Torres is at the helm, but we do know that she's affiliated with religious organizations.

5. She is extremely secretive.

Partly because of safety threats she has previously faced, Torres is extremely tightlipped about the In-N-Out business and her own life.

As a private company, In-N-Out also keeps much of its inner workings under wraps.

The company even has a secret menu that keeps customers guessing. In being a secretive person, Torres proves she is keeping close to the company's culture and legacy.