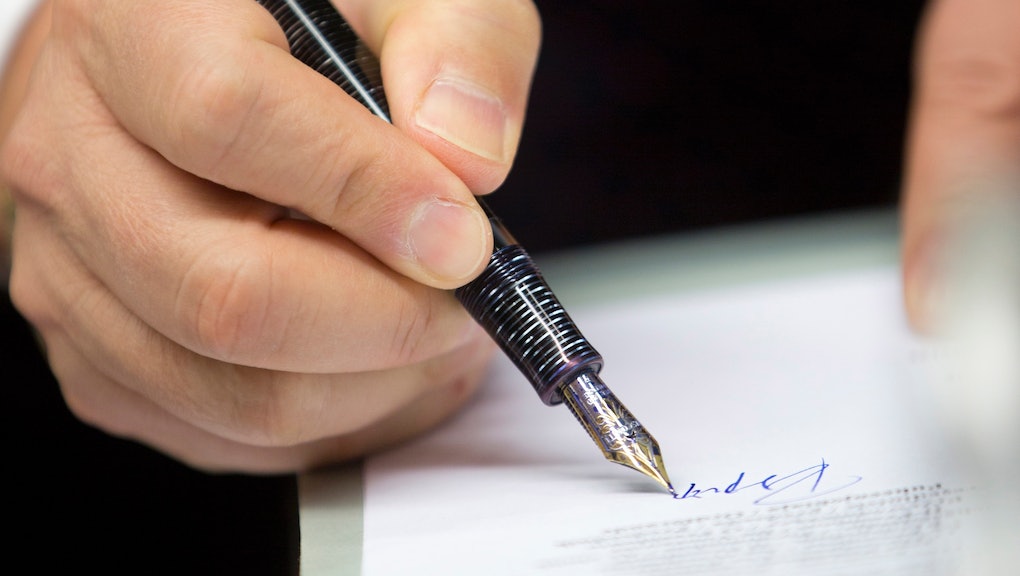 In Perfect Example Of Dumb Politics, the Paper Lobby is Fighting to Stop D.C. From Going Digital

The federal government is trying to save money and go digital — but they're facing resistance from (who else?) the gigantic paper lobby you probably didn't even know existed.

Switching from paper to digital notifications has paid off big time for feds trying to save money. Federal government operations are extraordinarily complicated and eliminating the paperwork is a massive timesaver, cutting out redundant processes, staff, and printing and distribution costs. Meanwhile, while an electronic payment costs just 9 cents to process, a paper check costs up to $1.25, and it's far easier to track. The Treasury expects to save $1 billion alone over 10 years by eliminating paper mailings for all but the very old or mentally ill. Since 2011, the Social Security Administration has saved $72 million a year by getting rid of paper mailings to some 150 million Americans.

But the paper industry has seen 5% retractions annually for the past five years, with mills shutting down and thousands of laid-off employees. So Consumers for Paper Options and industry officials have been flexing their power in closed-door meetings and media outreach, claiming they represent the elderly and the quarter of the country without internet access. They've set up this nifty website explaining why we can't afford to go all-digital:

Executive Director John Runyan claims to represent disenfranchised citizens, but he's actually a well-known lobbyist with a history of representing major industries. (It doesn't take a lot of work to put two and two together.) Although the paper industry admits government receipts are a small fraction of overall sales, Runyan hopes that success will set a precedent for financial firms, corporations, and retailers that going all-digital is a bad idea.

"If there are Americans who can't use an iPhone to navigate the Internet, there ought to be an option for them," Runyan told the Washington Post. Consumers for Paper Options cites an industry study which found that 73% of consumers said they'd prefer not to be required to interact with the government online (of course, that's leaving open the possibility that many Americans don't like being forced to interact with the government in general, regardless of medium).

But they might have a point regardless. According to The Wire's Philip Bump, statistics from 2010 suggest that over half of Americans 65 and older lack access to the internet. Bump says that "People who comprise a large percentage of those receiving government support — people on Social Security or Medicare — are also those least likely to have the electronic systems needed to accept electronic payments and statements."

In the meantime, though, the group seems to be facing an uphill battle to turn back decades of gravitation towards paperless government and the immense possible cost savings.