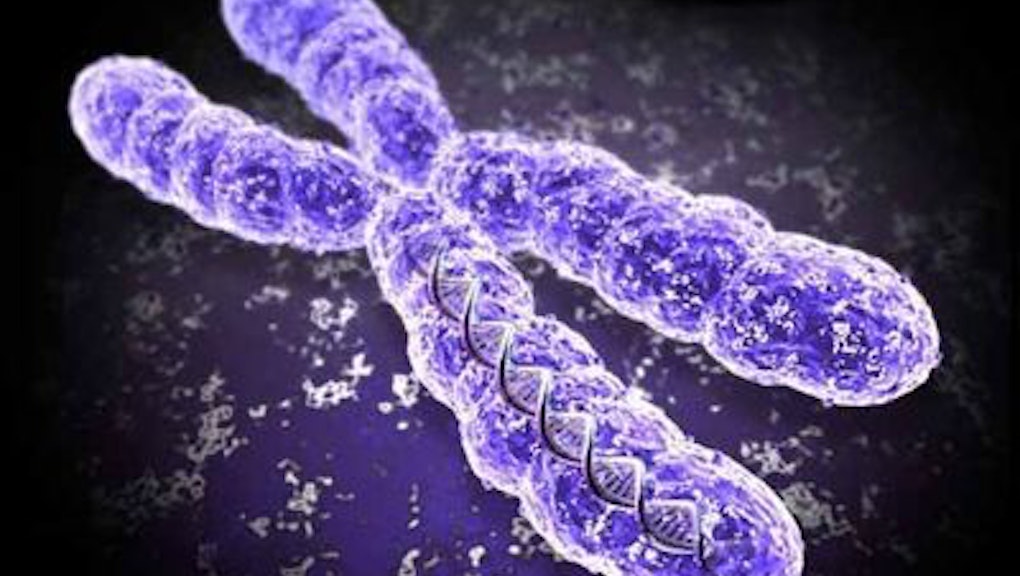 Is sexuality a choice? Some religious conservatives continue to insist that it is, pushing conversion therapy programs on homosexual teens in hopes that they will successfully "pray the gay away." But research presented at the American Association for the Advancement of Science in Chicago last week said otherwise.

In testing the DNA of 400 gay men and straight members of their families, researchers found that genes on at least two chromosomes influenced the subjects' sexuality. In addition to a stretch of DNA on chromosome 8, a region of the X chromosome, Xq28, has an impact on men's sexual preferences.

J. Michael Bailey, a psychologist at Northwestern University and a researcher behind the study, said, "Sexual orientation has nothing to do with choice. We found evidence for two sets [of genes] that affect whether a man is gay or straight. But it is not completely determinative. There are certainly other environmental factors involved." Among these factors may be exposure to hormones in the womb.

The researchers were careful to point out the nuances of their research. Not all of the gay men in Bailey's study inherited the same Xq28 region. Indeed, how genes interact and determine phenotypes or instruct behavior is complex, and there are almost always multiple factors at work.

The finding of this research corresponds with the results of a set of controversial studies from the early 1990s. Dean Hamer, a researcher at the U.S. National Cancer Institute, also found a link between Xq28 and homosexuality. In summarizing his findings, Hamer said that there is "a 99.5% certainty that there is a gene (or genes) in this area of the X chromosome that predispose a male to become a heterosexual."

Hamer received criticism for his study from gay rights advocates who were concerned that scientists could develop a genetic test for parents who wish to abort their potentially gay children.

But as Qazi Rahman, a psychologist at King's College London, explained, these types of studies will likely help gay rights. "I don't see how genetics would contribute more to the persecution, discrimination and stigmatization of lesbian, gay, bisexual and transgender people any more than social, cultural or learning explanations," he said. "Historically, the persecution and awful treatment of LGBT groups has been because politicians, religious leaders and societies have viewed sexual orientation as 'choice' or due to poor upbringing."

While these studies are very useful for understanding the human body, they may not be necessary for public policy. Regardless of whether sexual preference is a choice, shouldn't we treat all groups equally?