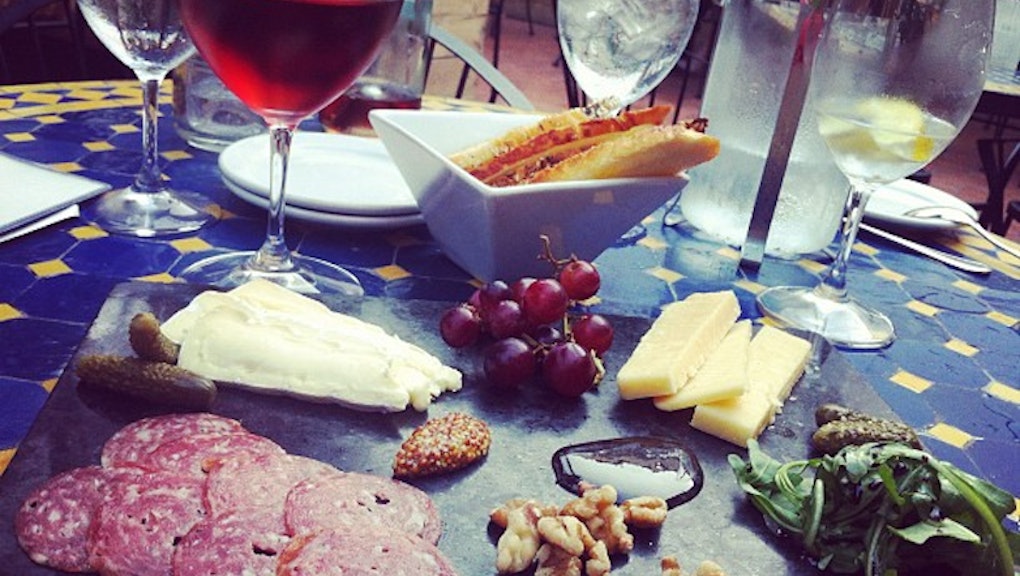 Some chefs simply want patrons to enjoy their meticulously prepared meals without interruption. "There's a time and a place for everything," said Alexandre Gauthier, chef at Grenouillère in the northern town of La Madelaine-sous-Montreuil, who has put an image of a camera with an X over it on the menu. "We are trying to give our clients a break in their lives. For that, you need to turn off your mobile … [i]t's Tweeted, liked comments are made and replied to — by then the dish is cold," he said.

Much to the chagrin of international food bloggers and "foodstagrammers," the outcry is not limited to France. In 2008, celebrated chef David Chang had enacted a no-photography policy at Momofuku Ko, his super trendy and foodie favorite NYC restaurant. The New York Times recently reported that famed New York chef Daniel Boulud and high-end London restaurant Fat Duck discourage the practice as well. Other restaurants — Seiobo in Sydney, Australia and Shoto in Toronto — have a policy against flashes.

"It's a disaster in terms of momentum, settling into the meal, the great conversation that develops," chef David Bouley, whose NYC restaurants also ban photographs, said. "It's hard to build a memorable evening when flashes are flying every six minutes."