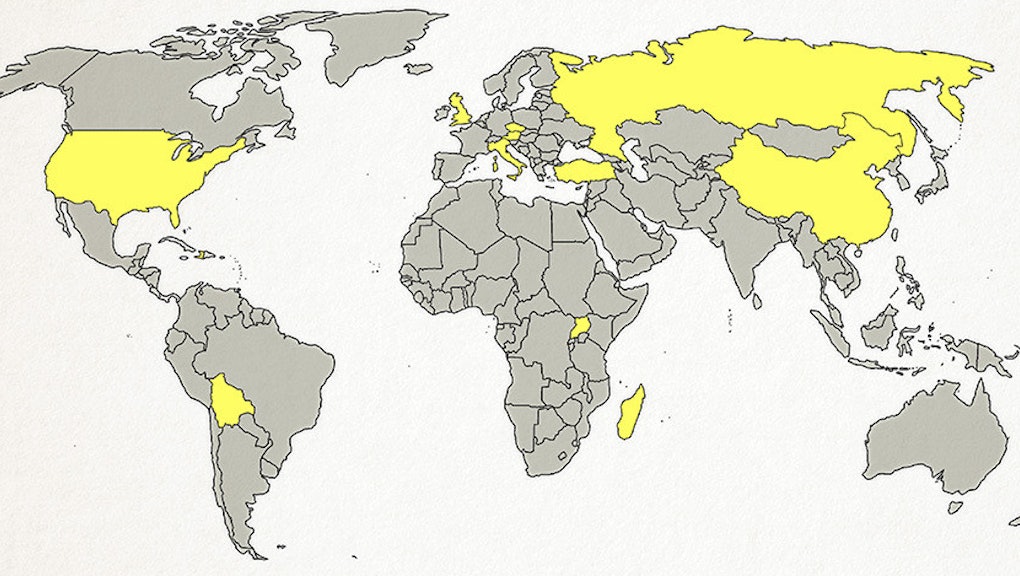 The news: The James Bond film series is one of the longest running in history, with 23 official entries spanning the course of 50 years. Between Dr. No (1962) and Skyfall (2012), the jet-setting British super spy has been played by six different actors, and engaged in countless life-threatening exploits no lesser man could emerge from alive. This lifestyle is not without its consequences: living constantly on the verge of annihilation cannot help but impact Bond’s relationships with women, nor is it soothed by his endless string of would-be assassins. But it does have its upsides, foremost of which is a heavily stamped passport.

Here’s a series of maps, compiled by Moviepilot, of all the countries James Bond has visited over the years:

Considering the bulk of Bond’s adventures took place during the Cold War, it’s somewhat surprising that only two of the six Bonds have been to Russia. All have graced their British homeland, while none have been to Australia, New Zealand, or anywhere in the South Pacific. Meanwhile, three Bonds have been to the Bahamas, and one made his way into North Korea.

As a supplement, Empire put together a similar map that charts Bond’s specific international routes.

Say what you will about Agent 007, but the man definitely gets around. And with new entries continuously under development, it will be interesting to see where he lands next.