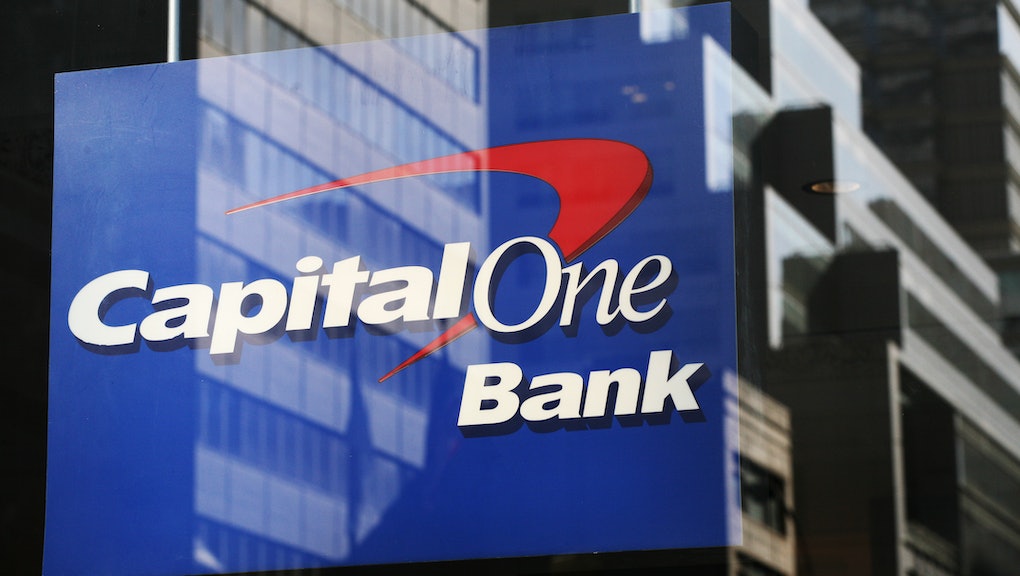 Have a Credit Card From This Bank? Read the Fine Print of Your Contract Very Carefully

In credit card debt? Capital One isn't afraid to crash your home or your workplace to let you know that they're going to get every red cent back.

In a recent contract update, Capital One modified its terms of service to say that it could contact account holders "in any manner we choose," including via phone, text, email, fax and even an astoundingly creepy-sounding "personal visit." The personal visits can be "at your home and at your place of employment," which sounds an awful lot like the company is declaring its right to send collection agents to harass you at work.

The new contract also says: "We may modify or suppress caller ID and similar services and identify ourselves on these services in any manner we choose," meaning that Capital One could modify their call number to appear local or identify themselves as representatives of a charity to get you on the line. This practice is known as spoofing and is perfectly legal, but it usually associated with unsavory practices like telemarketing and phone spam.

An investigative report by the L.A. Times found that customers were spooked by the changes. "Even the Internal Revenue Service cannot visit you at home without an arrest warrant," said Van Nuys man Rick Rofman, 71.

A Santa Clara lawyer told the L.A. Times that "it sounds really invasive, but I don't think it's a violation of your Fourth Amendment rights." He noted, however, that Capital One agents would still be bound by laws against harassment and stalking, even though it reserves the right to visit customers without warning or a court order.

All of this outcry has apparently spooked Capital One as well, and it's already on the defensive. When an L.A. Times reporter called corporate for clarification, spokesman Pam Girardo said, "Capital One does not visit our cardholders, nor do we send debt collectors to their homes or work." The sole exception was big-ticket sporting goods like jet skis and snowmobiles, and "as a last resort, we may go to a customer's home after appropriate notification if it becomes necessary to repossess the sports vehicle."

She insisted the spoofing was misunderstood. "Actually, we want our calls to display as Capital One on caller ID, and that's the way they are programmed," Girardo clarified. "However, some local phone exchanges may display our number differently. This is beyond our control, and we want our cardholders to be aware of that potential occurrence."

The Times noted that Girardo's defensiveness failed to explain the "modify or suppress" language, as well as its claimed right to identify itself "in any way we choose." He furthermore noted that the spokesman admitted the new language was under review.

In a statement on Tuesday, the bank announced, "We're considering creating two separate agreements, given this language doesn't apply to our general cardholder base."

Is this simple confusion, or is the company backtracking on a new collections policy after the backlash? Those outside of Capital One may never know, but it's still a reminder that you should always read the fine print.