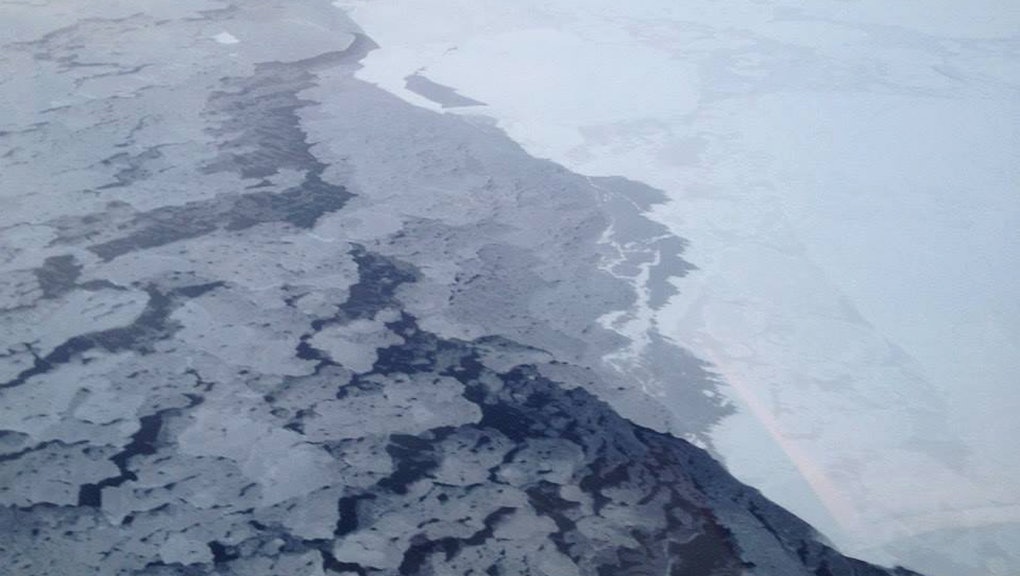 It's one thing to read about climate change. But to see it happen in under a minute — that's something else.

The National Oceanic and Atmospheric Administration (NOAA) put together this video of old arctic ice melting away from 1987 to 2013. The dark areas indicate fresh new ice, while the white areas highlight ice that was formed over nine years ago. The results are pretty alarming:

The melting and refreezing of arctic ice is an annual routine. But the increasing loss of old ice is significant because while fresh summer ice melts and refreezes easily, the older ice is supposed to be more resistant. The fact that old ice is melting so much indicates that arctic temperatures are warmer, and that the ice that does form is new and vulnerable to quick melting.

"[O]ver the past 30 years, the area covered by ice has shown a dramatic decrease. Since satellite-based measurements began in the late 1970s, data show a trend of more ice melting away during summers and less new ice forming during winters," said NOAA in an earlier report.

The minimum arctic sea ice extent did increase from 2012 to 2013, but according to NASA, "The 2013 summertime minimum extent is in line with the long-term downward trend of about 12% per decade since the late 1970s, a decline that has accelerated after 2007."

The agency has also noted that the loss of old ice is impacting the overall state of arctic ice. "Arctic sea ice thickness is as much as 50 percent thinner than it was in previous decades, going from an average thickness of 12.5 feet (3.8 meters) in 1980 to 6.2 feet (1.9 meters) in recent years. The thinning is due to the loss of older, thicker ice, which is being replaced by thinner seasonal ice," the report added.

Sea ice serves a crucial climate function by reflecting sunlight back into space. If it melted away, the dark water would absorb more sunlight and contribute to warmer temperatures. The loss of sea ice would also erode coastlines and impact the habitat of several arctic species, including polar bears.