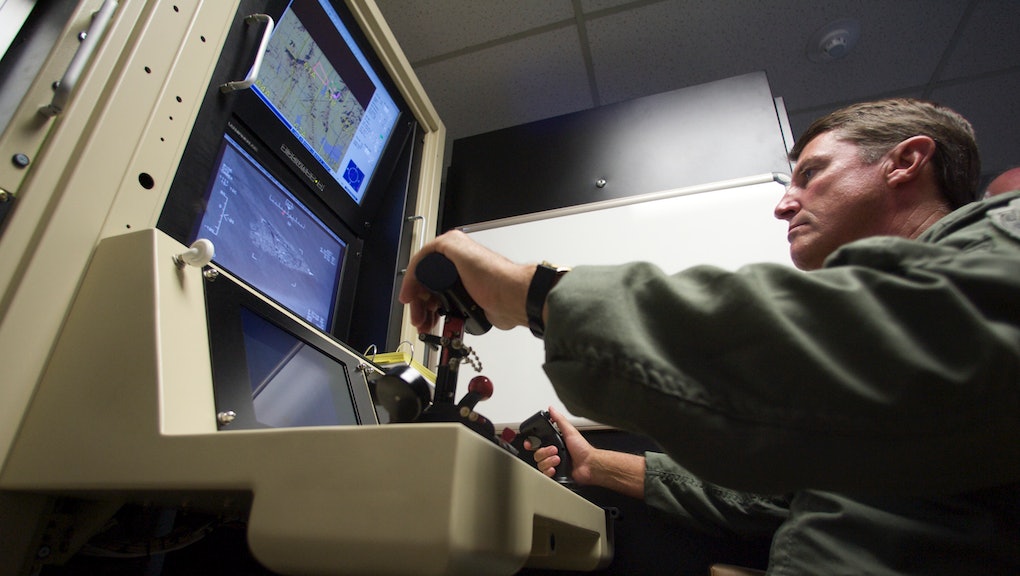 Pentagon Wants to Use Electroshock Treatments on Sleepy Drone Operators

When coffee and energy drinks just aren’t enough to get you through a long night, there’s always electroshock treatments. Wait, what?

The Pentagon is considering exactly this for drone operators in the Air Force — officials want to implement a program under which sleepy (and even underperforming) workers get electroshock treatment in order to improve their “alertness” and “overall cognitive performance.”

The treatments, either transcranial magnetic stimulation or the relatively more intense transcranial direct current stimulation, consist of non-invasive controlled doses of electrical current to certain regions of the brain that cause a minor seizure.

In order to test the viability of giving electric shocks to healthy U.S. military personell, the Air Force is conducting experiments. According to the results of one recent experiment, in which several drone operator volunteers were kept awake for 30 consecutive hours, the electric shocks are “better” than caffeine. There’s no jitters and no “crash” like when caffeine wears out. And, perhaps unsurprisingly, subjects performed twice as well as those who relied on their natural brain power.

But is this really safe? Our common conception of electroshock treatment is that it’s an outdated way to virtually lobotomize the mentally ill. Since the 1960’s, when Jack Nicholson and Ken Kesey made the disastrous effects of electroconvulsive therapy famous in One Flew Over the Cuckoo’s Nest, the procedure has improved dramatically. The National Institute for Mental Health, American Psychiatric Association and US Surgeon General approve modern electroshock therapy for depressed patients.

However, we don’t really know if this is safe for healthy individuals. There has been very limited research on its short-term effects and almost none on its long-term impacts. Dr. William “Scott” Killgore, an assistant professor of psychology at Harvard Medical School warns that “it is not very precise yet.” He continued, “As far as using it every day, there is almost no data on that.”

Given the uncertainty surrounding electroshock treatments’ safety, why don’t drone operators use more traditional drugs with decades of research on their effects? According to The Boston Globe, desk-based troops aren’t eligible for prescription drugs. So, rather than change this rule, the Air Force will experiment with sending regular electric shocks to workers’ brains.