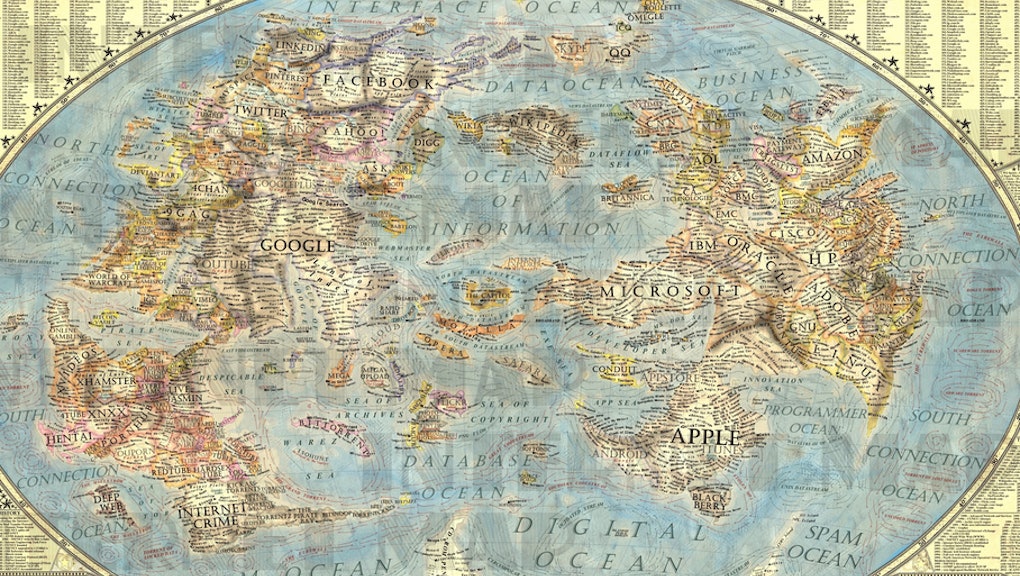 This Detailed Map of the Internet Drawn to Scale Is Fascinating

From artist Martin Vargic comes this beautiful, ultra-high-resolution fictional map of the internet — scaled using actual from Alexa to rank the top 500 or so websites by traffic in the entire world.

According to Vargic, it took 3 weeks of 10-hour days to create, basing the project off of National Geographic maps. And it's still a work in progress, detailing just a miniscule portion of the entire internet. Here's his explanation of how the whole thing fits together:

The scale between a website's traffic and its size is not exact, but websites are generally portrayed in ratio relative to it."

The northwest is covered with the new web — the ominous and growing empire of Google, flanked by social networks like Facebook, Linkedin, and Twitter. That area is also the sector of the web Vargic dumped online gaming and humor sites like 9gag, which are social endeavors. And across the sea lies the old world, controlled by tech giants like HP, Microsoft, and Cisco. Apple, to the southeast, has its own continent isolated by paywalls and app stores.