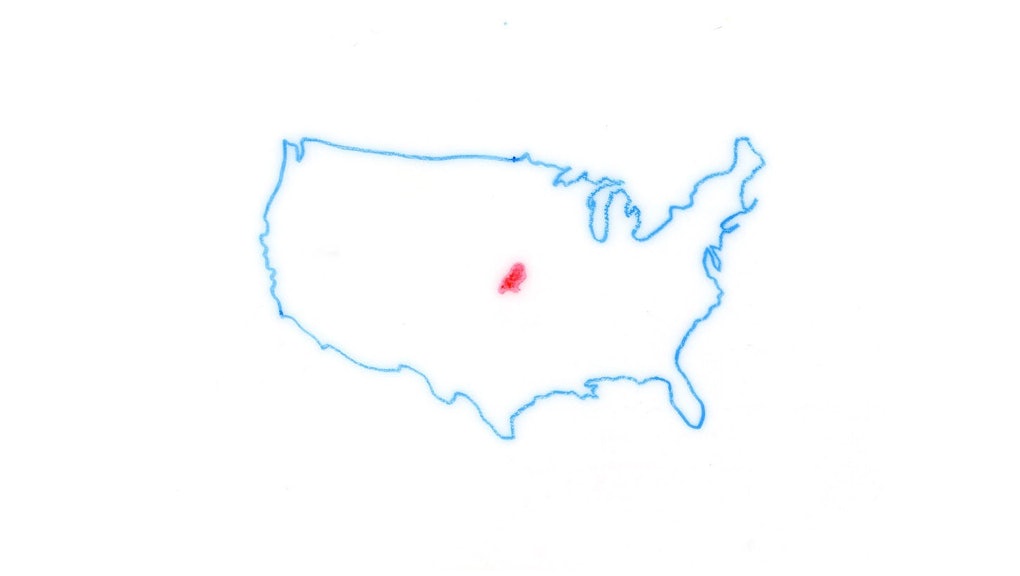 Currently neck and neck in the medal count at the Sochi Olympics, the above map of the United States and the Netherlands gives a stark comparison of the two countries’ actual geographic sizes. Compared with the United States, the Netherlands appears as a speck of a land mass — a realization that makes their eminent showing in Sochi all the more impressive.

For many of us, the Olympics are a time when we find ourselves more aware than usual of America’s relative place and standing in the world. Due perhaps to a lack of focus in our education system, Americans seem to be pretty ignorant of geography. In spite of (or, maybe, because of) that hole in our knowledge base, map-based overlays have become a kind of go-to for giving a quick representation of comparative country size. One of the best known map overlay graphics is 2010’s, True Size of Africa Map, by Kai Krause, which offered a stunning and immediate understanding of just how enormous the African continent is. Krause's map inspired Business Insider recent viral map series of overlays in December of 2013. Interactive resources, like MapFight, have even gotten in on the fun, letting you compare any two bodies of land in a mini geographic slugfest of sizes.

This is all to say, in a world where we are may me becoming "map-illiterate," sexy map mashups are really getting hot. Predating all of those overlays, Kathryn Rodrigues' 2008 series of hand-drawn maps uses an outline of the continental United States (what must be for many of us in America, the easiest geographic reference) to give a quick and cursory understanding of the actual spacial size of 121 other countries. Rodrigues is an Chicago based artist and educator; she writes of her series:

“[It] was inspired by a teacher's edition atlas from the mid-1990s, which had a graphic for each country superimposed to scale on an outline of the US. I recreated the entire series from A to Z using ink on vellum.”

Though some of Rodrigues' maps are very much out of date (a lot can change in 20 years… the atlas the artist worked from was mapping the Democratic Republic of the Congo when it was called Zaire and had this pretty amazing, and Olympically-appropriate flag) they are still a fascinating and beautifully-made resource in this time of inevitable country comparisons.

Many have argued that a simple medal count is a pretty blunt metric for a country's performance at the Olympics. Analysts like the ones MedalsPerCapita.com, have been compiling tables that explore medals earned in relation to a country's total population and a country's GDP. These weighted medal counts might provide more insight into a country's Olympic performance and seem to suggest that there are several good predicting factors for Olympic success. Similarly, a medal count analysis that takes into account a country's physical size (a potential proxy for variation in climate, terrain, culture and a myriad of other differences) may provide insight into how the size of a country impacts its medal count. It may even give smaller countries a little more of their share of the Olympic glory.

At the very least, Rodrigues' series gives the geographic novices among us a fun and useful geographic refresher for the winter games.

Images and quotes from Radical Cartography. Please scroll below for the full collection of maps (with labels added).