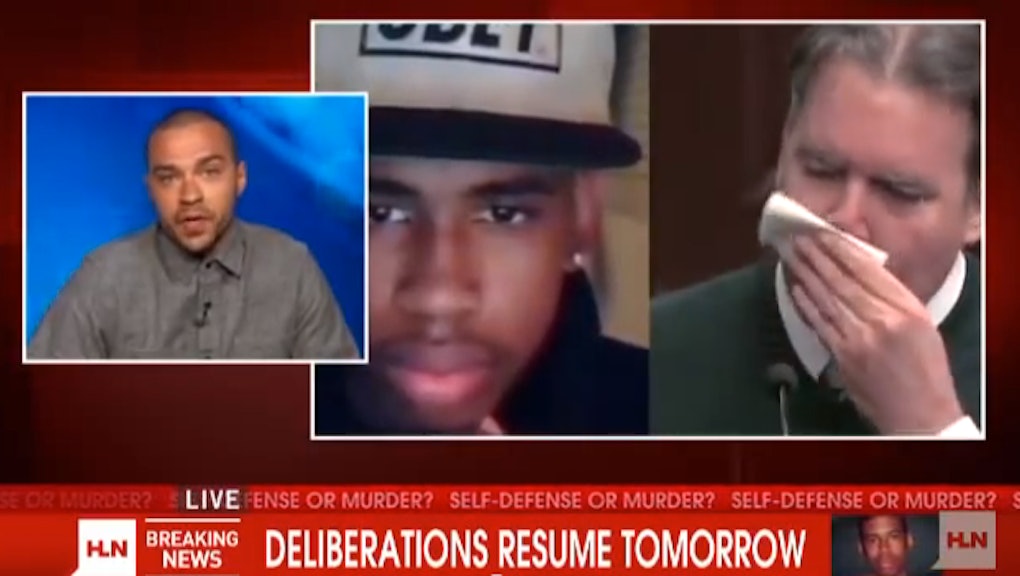 Before the Michael Dunn verdict was announced on Saturday, Grey’s Anatomy star Jesse Williams spoke to HLN's Jane Velez-Mitchell about the trial's broader implications. When asked why this case was especially important, Williams replied:

"I think it’s important because people are tired of this criminalization of the black body. This is a tradition in this country, when people are able to go ahead and kill black people because they got sassed because we were an inconvenience. And we become a victim of a fantasy, this fantasy of what the black body does, and can do, has become more important than the reality, and we pay for it with our lives. It's disconcerting, obviously."

Wow. More in the video below:

Check and mate. An especially telling moment comes when Williams articulates the frustration that arises when people characterize these incidents as a black problem:

Hours after this interview, the verdict was announced. Dunn was convicted on three counts of attempted murder, but jury deliberations on the first-degree murder charge ended in a deadlock, forcing a mistrial. He faces 60 years in prison.

The trial stemmed from a November 2012 incident where Dunn fired 10 gunshots into a car full of teenage black boys after asking them to turn down their music. The attack left 17-year-old Jordan Davis dead and reignited long-running debates about racially motivated violence and the criminalization of black youth.