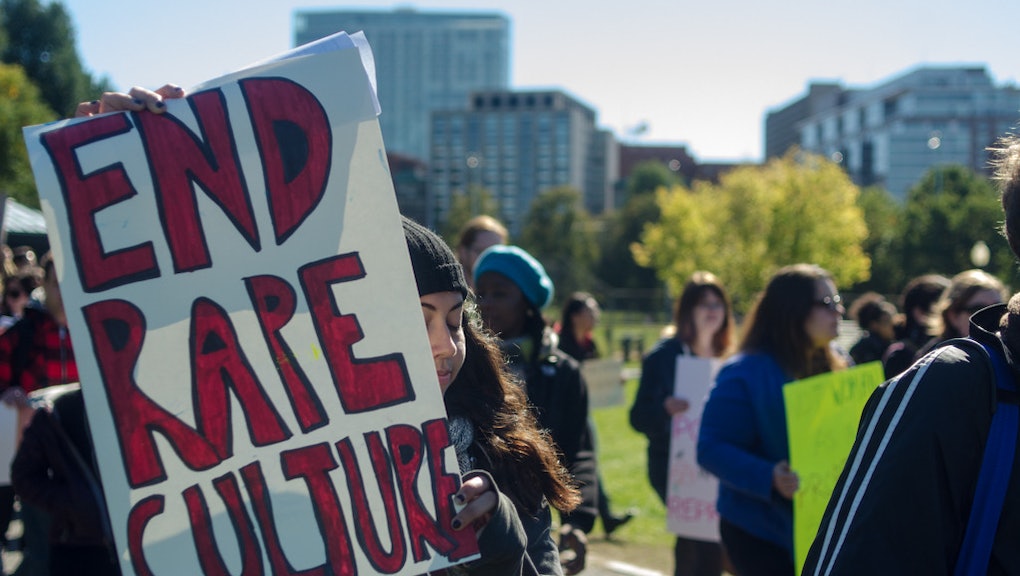 Close to 20% of women in the United States experience rape in their lives. Of the one in five American women who have been or will be raped, close to 40% of them are between the ages of 18-24, in other words, college-aged.

It's a part of culture in America and around the world that we cannot take our attention away from.

The rate at which young women experience rape and sexual assault across college campuses in the United States is certainly shocking, at the very least. Spending a handful of years at a university should be anticipated, and college campuses should be held in high esteem as environments yielding multifaceted experiences. Sexual violence, however, should not be one of them.

Reports by government agencies like the Department of Justice, which in 2000 predicted that a college with 10,000 female students could experience more than 350 rapes a year, have led to increasing political action in the United States. Almost exactly one month ago, for instance, on January 22, President Obama announced a White House Task Force to Protect Students from Sexual Assault. This followed the president's acclaimed decision almost one year ago, on March 7, 2013, to reauthorize the Violence Against Women Act — originally signed in 1994.

While these home-grown political initiatives are encouraging, we shouldn't allow them to blind us from the much deeper, and socially entrenched, issue at hand: the widespread normalization of violence against women and girls throughout the world.

Statistics on violence against women only grow worse when we look beyond the college campuses and cities of the United States. One in five U.S. women shifts to one in three worldwide. And just as statistics regarding sexual violence in the United States ignited an American political response, so have facts regarding the global frequency of violence against women catalysed international initiatives. These include the UN Secretary General's UNiTE to End Violence Against Women campaign, the founding of the International Day for the Elimination of Violence Against Women (November 25), and the One Billion Rising for Justice campaign, which demands a global "end to violence against women" every year on February 14.

However, while Angelina Jolie spoke out for the rights of women and girls everywhere on November 25, an 11-year veteran of the San Antonio Police Department was arrested for raping a 19-year-old woman while on duty in his police car the very next day, after pulling her over for a traffic violation.

Violence against women and girls is an issue bigger than statistics, and spans far beyond university halls and modern day proclamations. We should pay attention to the distressing degree of intimacy that college-aged women have with sexual assault on campuses across America, but we should also recognize that this epidemic of sexual assault at U.S. universities is deeply embedded within a much greater narrative — one linking violence against women everywhere, all of the time.

Whether it's "one in five" in the U.S., or "one in three" worldwide, even the "one" is appalling. It's time we come together. It's time we realize we all deserve better.