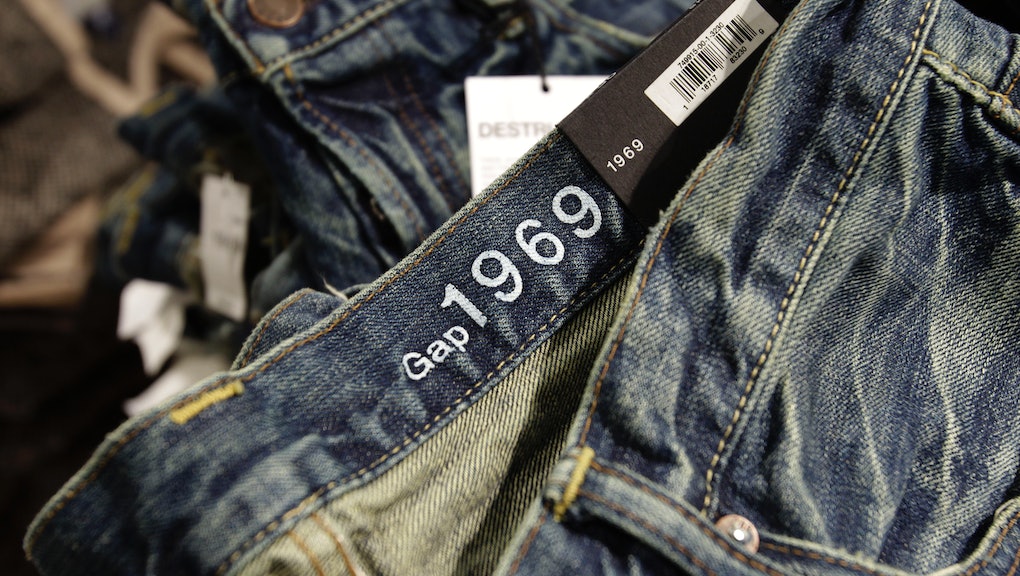 Gap Takes a Powerful Stand on the Minimum Wage Debate

Retailer Gap, Inc. announced Wednesday that it would be increasing the minimum hourly wage of its employees to $10 an hour. Around 65,000 Gap employees now making the federal minimum wage of $7.25 will make $9 by June of this year and $10 by 2015. Gap, Inc. also owns Banana Republic, Old Navy, Piperlime, Athleta and Intermix, which will all be affected by the change.

The company released a video explaining their decision:

"It's the right thing to do," says a Gap executive in the release.

Their statement reads: "To us, this is not a political issue. Our decision to invest in frontline employees will directly support our business, and is one that we expect to deliver a return many times over. The people in our company who engage directly with our customers carry an incredible responsibility. Our success is a result of their hard work, love of fashion and commitment. We hope this decision provides them with some additional support as they grow their careers with Gap Inc."

As ThinkProgress notes, it's a good first step for a company that has yet to improve its labor practices in other areas — particularly overseas. The retailer failed to sign on to a legally-binding plan to improve contracted Bangladeshi factories after a series of horrific disasters, including the 2013 Savar building collapse. Gap, Inc. also negligently allowed subcontractors to use child labor in India by failing to adequately vet working conditions.

These reforms come shortly after President Obama announced his support for an increase in the minimum wage to $10.10, and the president has personally congratulated Gap on the decision. A cynic might point out that slickly-produced videos and personal approval from the president undermine Gap's claim that they're making the move to benefit their workers rather than rebranding their image. It might be prudent to point out that the increase was long overdue, considering retail employee productivity has been increasing for quite some time.

But hey, a raise is a raise.