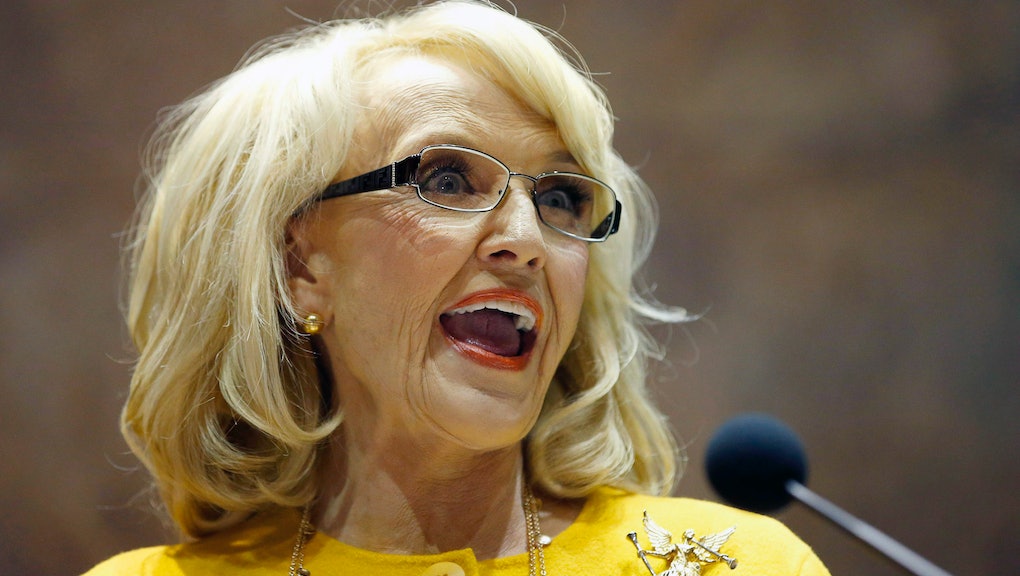 In a move that sent shock waves through the state's LGBT community, the GOP-controlled state legislature has approved a controversial bill that would protect businesses and individuals seeking to withhold services from LGBT people.

The legislation, which passed the Arizona Senate on Wednesday, moved one step closer to law Thursday after the Arizona House voted 33-27 to approve the bill, a final version of which is now awaiting consideration by Republican Gov. Jan Brewer.

The bill is part of a very disturbing trend in state politics. Kansas, Tennessee, South Dakota, Oregon, Idaho and Maine have also proposed similar measures recently. (It's worth noting that none of these bills have been signed into law, however.)

Proponents of Arizona House Bill 2153 claim they are only trying to protect individuals and businesses that object to serving members of the LGBT community because of sincerely-held religious beliefs. Without these protections in place, religious Arizonans could be vulnerable to lawsuits, according to the bill's Republican backers. They cite the case of a Christian wedding photographer who was successfully sued in New Mexico for refusing to work a same-sex wedding.

"We are trying to protect people's religious liberties," said Arizona State Rep. Steve Montenegro (R) during a rancorous debate that lasted for hours. "We don't want the government coming in and forcing somebody to act against their religious sacred faith beliefs or having to sell out if you are a small-business owner."

But opponents counter that the bill, which is backed by the socially-conservative Center for Arizona Police, sets a dangerous precedent concerning the legalization of discrimination.

"The result of this bill is discrimination, period. This bill is going to hurt the LGBT community," said Arizona House Minority Leader Chad Campbell (D). He called the bill "state-sanctioned discrimination."

So what are the chances such a polarizing bill will actually become law?

Brewer vetoed a similar piece of legislation when it came across her desk last year. However, her explanation did not include strong objections to the bill's stated goals. The governor will have five days to either sign the bill, veto it or do nothing and allow it to become law by default.