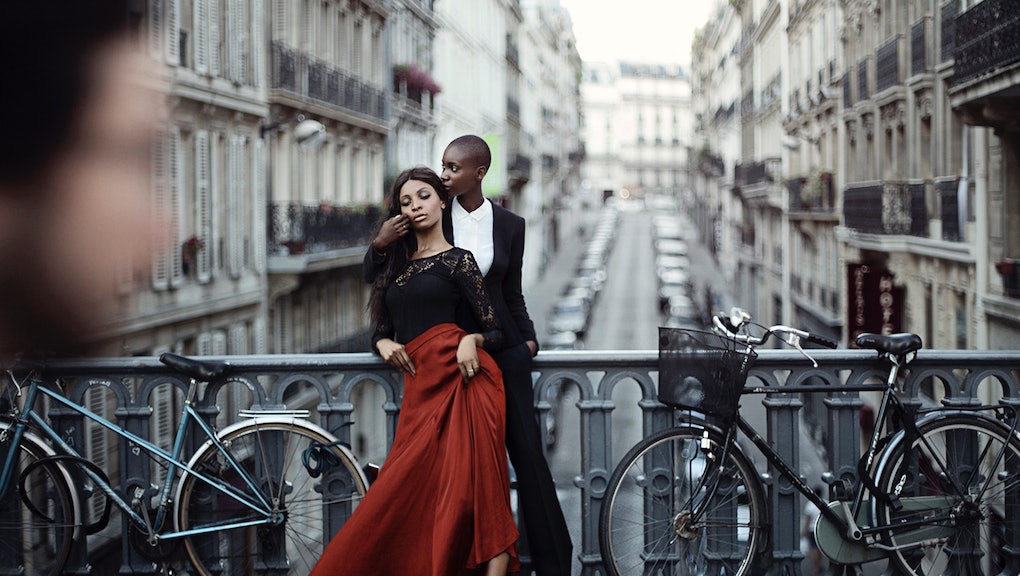 While the candy hearts and stuffed teddy bears have likely already fallen victim to the inevitable post-Valentine's Day purge, this stunning photo series by photographer Braden Summers reminds us of the power true love still holds in our imagination.

Summers' "All Love is Equal" project depicts same-sex romances around the world, from Lebanon to the U.S. An artist inspired by the beauty around him, Summers told PolicyMic he was inspired to create the series after noticing the lack of same-sex representation in most romantic imagery.

This, he said, is his attempt to illustrate his vision of a same-sex fairytale on par with the stream of commercially-produced heterosexual imagery that bombards consumers everyday.

"There clearly isn't a plethora of romantic images idealizing same-gender loving couples, so [I thought] why don't I start a conversation for why that is by creating the work myself?" Summers said. "I think the work became more political as it went along, but I have always had intentions of inspiring beauty and romance in the world more than any intentions of stirring up trouble."

But Summers' gorgeous portraits are far more likely to stir up feelings of love than anything else. Funded largely through a Kickstarter campaign, Summers started seeking out subjects in Paris before traveling to England, India, Lebanon, South Africa, Brazil and the U.S.

The globe-trotting nature of the piece was a gradual process that unfolded over time.

"The more I thought about it, the more it seemed so unfair to show visions of love equality in my own backyard — something that we are so close to achieving — when other countries have gay men and women who are sent to jail for sending text messages to each other saying 'I love you,'" Summers said. "If I could raise the funds to show love equality in many different cultures, then why not? It has brought me so much joy to see the world respond to the work."