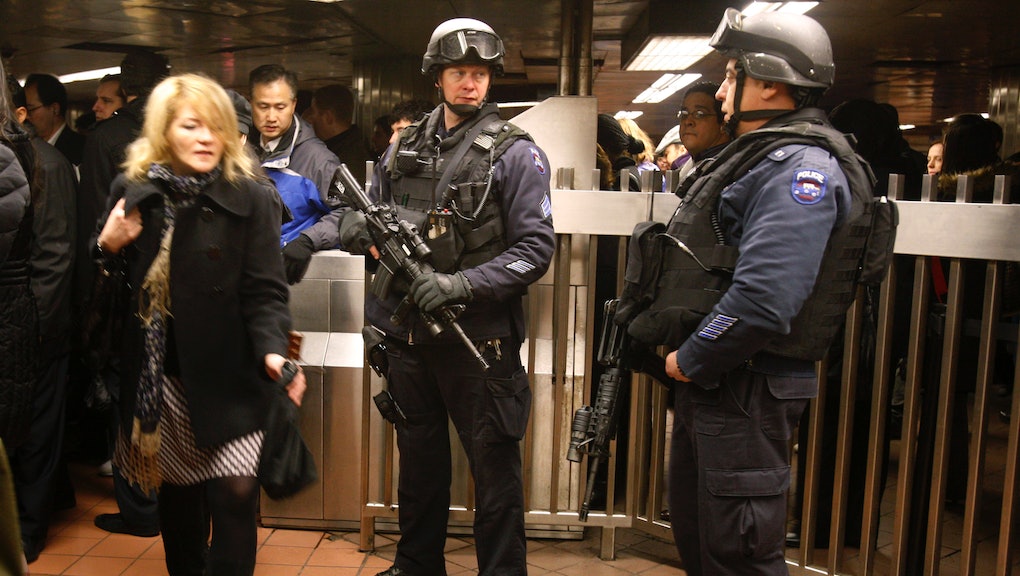 After Sept. 11, 2001, America understandably amped up security, created the Department of Homeland Security and the Transportation Security Administration and has spent upwards of $740 billion to date.

But is the money being spent on the sometimes vague and amorphous notion of "homeland security" worth the cost, to say nothing of the cost to civil liberties? Probably not. Almost all long term, academic cost-benefit analyses of national security spending have determined that we are spending too much and reaping too few benefits.

The announcement on Monday that the Army would be shifting its priorities to reflect the changing nature of the wars we face brings something else into clarity: We have to do the same for the DHS, TSA and every other agency that ballooned post-9/11.

While it's true that lives are inherently valuable, the numbers point to staggering inefficiency in how we choose to organize and carry out protection. In 2011, 10 years after our spending frenzy began, Mark Stewart and John Mueller concluded that we spend $64 million to $600 million per American life saved. It's a complex analysis which concluded that many more lives would have been saved if even a portion of the money had been invested in more cost-effective risk mitigation programs.

But even three years after this study, the National Security Administration has done little to solve these problems. Instead of targeting realistic solutions, the United States has thrown money at the problem as a whole, resulting in a money vacuum that's unlikely to stop sucking the tax dollars out of your pocket any time soon.

Mueller and Stewart did a subsequent risk analysis that found we would have to "prevent or protect each year against 1,667 otherwise successful attacks of something like the one attempted in Times Square in 2010 [for our spending on homeland security to be considered efficient]. In other words, we'd have to foil more than four major attacks every day to justify the spending."

DHS on the lookout at the Super Bowl via AP images

Even if we assume that the public never finds out about some of the attempted attacks thwarted by our complicated security system, we can agree that we aren't successfully preventing four major attacks every day.

The labyrinth of government networks that make up "homeland security" are now so difficult to define that even former Secretary of Homeland Security Janet Napolitano equated it to America itself:

"Today, a decade after the creation of a Cabinet-level agency bearing that name, homeland security has come to mean much more … it means the coordinated work of hundreds of thousands of dedicated and skilled professionals, and more than ever, of the American public, of our businesses and families, communities and faith-based groups," she said in a 2013 speech called "The Evolution and Future of Homeland Security."

Homeland security means almost literally everyone in the entire U.S. is working towards the ill-defined notion of "keeping us safe."

In principal, the idea of spending so much on homeland security (after all, what politician wants to be seen as shortchanging the safety of the American people?) our methods for protection remain incredibly outdated.

And while we focus on statistically unlikely terror attacks and almost certainly unlikely nuclear attacks, we are unable to defend the country against today's cyber warfare. Cyber warfare is already happening in the U.S., and Defense Secretary Leon Panetta readily admits that we are in no position to stop it.

We are also unprepared to deal with a large-scale biological event. A report by the nonprofit group WMD Terrorism Research indicates that we are unable to meet "fundamental expectations during a large-scale biological event," and that because Congress and the administration have "focused primarily on addressing [the] most extreme, less common scenarios, it could easily expend most available bio-defense resources, without a measurable return on investment."

And what about the vulnerability of America's power stations? Last April, snipers completely took out an electrical substation in California and were never caught. While the station was able to reroute power to avoid a blackout, it highlighted a major problem: If a few snipers can do this much damage, an organized attack on America's power grids is a realistic and dangerous possibility.

So where is the focus on this instead of outdated and useless policies?

Says Gary Becker, a senior economist at Homeland Security, "We don't really know a whole lot about the overall costs and benefits of homeland security."

Essentially, the U.S. government has never done an extensive cost-benefit analysis of Homeland Security spending. So step one in fixing all of this is: Be honest about what works and what is prohibitively expensive, and stop playing politics. The American people don't need their dollars thrown at programs that don't work just because politicians want to pretend they're keeping us safe.

After we have a realistic view regarding what we need and don't need, we can invest significantly more money in protecting against cyber-terrorism, bio-terrorism and re-upping security at power plants. Until then, we'll be bleeding money protecting against attacks that have more to do with our fear of the past than knowledge about the future. It's time for the U.S. to stop wasting our money on statistically improbable events and start investing wisely.