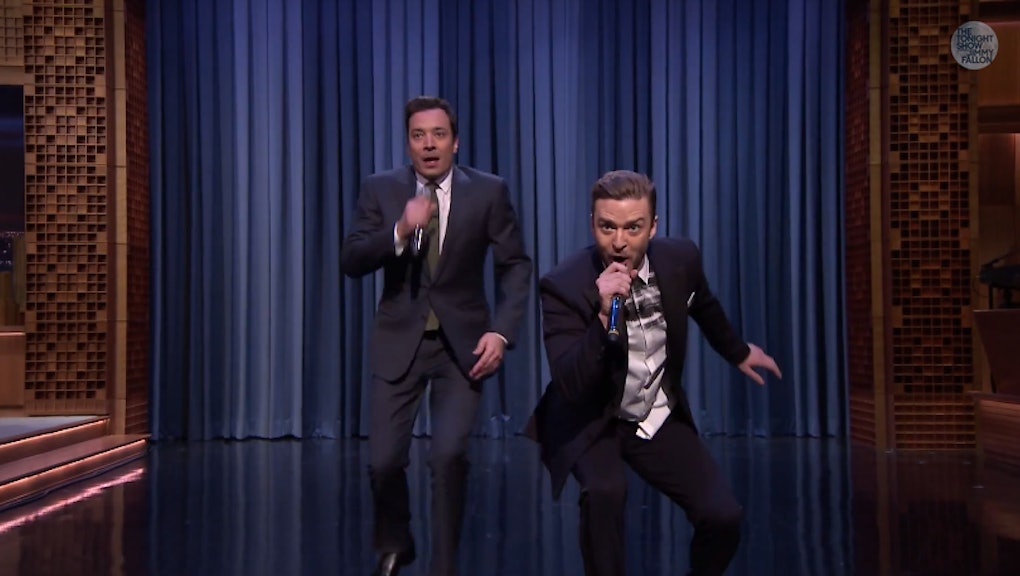 They say stick with what works, so when Jimmy Fallon took over The Tonight Show this week, he brought a couple of his favorite gags and people to his new studio and time slot. Of course there's announcer Steve Higgins and musical accompaniment from The Roots, but Fallon also brought to his new show a real fan favorite, the "History of Rap" series with Justin Timberlake.

After the success of "History of Rap" parts 1 - 4, it makes sense that Fallon would bring out a go-to during his first week as he's still establishing himself as the new host of The Tonight Show, and luckily for us, he didn't disappoint.

Expertly accompanied by the best band in late night, Fallon and Timberlake covered artists such as Outkast, Kendrick Lamar, Drake, Jay Z, N.W.A., Run-D.M.C., Beastie Boys, Skee-Lo, LL Cool J, Biggie, Dr. Dre and Kanye West in what seems to be the longest instalment in the "History of Rap" series to date.

What more is there to say? Take a look for yourself: