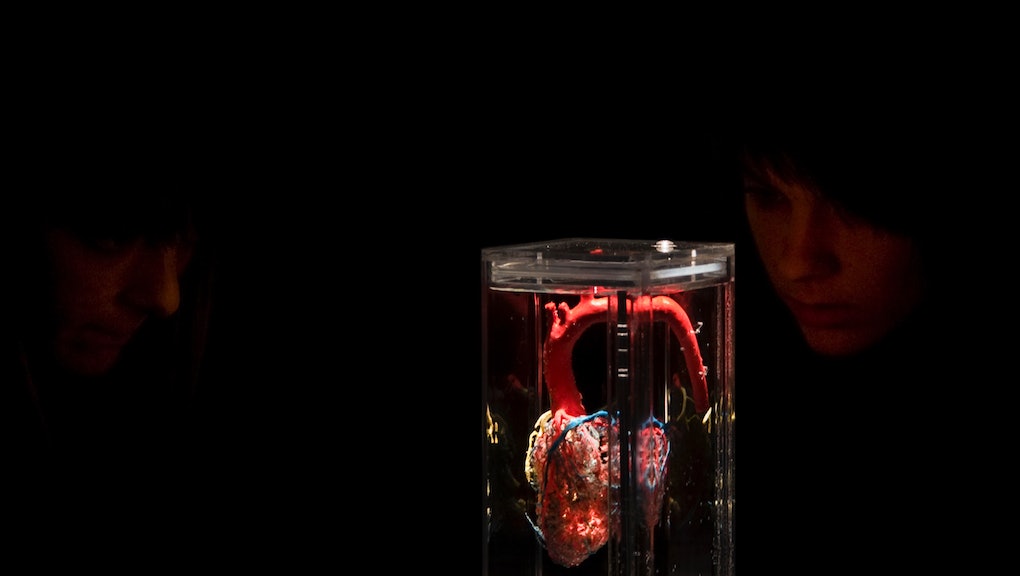 In Amazing Feat of Science, Surgeons Save Child's Life by 3-D Printing a New Heart

The breakthrough: Heart surgery is an extremely difficult procedure. Even more so when the tiny anatomy of a small child is involved. When 14-month-old Roland Lian Cung Bawi's heart was failing him, his surgeon Erle Austin knew that he had to prepare meticulously for an intricate operation. Initially he consulted other surgeons, but this yielded conflicting advice. So Austin turned to 3-D printing for help.

Using the facilities at the University of Louisville's engineering school, Austin and his medical team produced a three-dimensional model of little Roland's heart. Pediatric operations are difficult because the interior structures of a child's organs are small and hard to see clearly. This model allowed the surgical team to come up with a precise plan to limit the amount of exploratory incisions, reduce operating time and prevent the need for follow-up operations.

The operation at Kosair Children's Hospital was declared a success, and Roland is now looking forward to a normal life expectancy. "Once I had a model, I knew exactly what I needed to do and how I could do it," Austin told the Louisville Courier-Journal. "It was a tremendous benefit."

How does it work? To create the physical model, Austin asked Roland's radiologist to generate a computerized version of the boy's heart. This involved taking thousands of cross-sections of hospital X-rays and assembling them into a digital three-dimensional map.

Next, this digitized model of the heart was used as an instructional template to feed to the engineering department's MakerBot Replicator 2X, a popular, commercially available 3-D printer model costing only $2,500. Reading a digital template, the printer produces a thin layer of plastic, which is then built upon sequentially with other thin layer to form the three-dimensional model. The 3-D printer assembles around 250 layers of plastic per inch of thickness. The model of Roland's heart was built two times actual size for clarity, and took around 20 hours to print, costing $600 in materials.

Although hobbyists normally use a hard plastic like ABS with their MakerBot Replicators, the University of Louisville's Rapid Prototyping Center chose a flexible polymer known as "Ninja Flex." This material is also normally used in a type of dexterous, but durable glove. This made the model's material more similar in consistency to heart muscle, a crucial detail for planning surgical incisions.

The heart was built in three separate pieces so that it could be taken apart to see the interior.  "Some people think when you do heart surgery, you go in and can see everything. Well, to see everything, you have to slice through vital structures," said Austin. "Sometimes the surgeon has to guess at what's the best operation." Austin said the model made it clear that he could create a tunneled pathway between the aortic valve and a ventricle, avoiding more cuts and multiple surgeries.

Is this the future of medicine? 3-D printing has hobbyists and Etsy DIY creatives excited everywhere because of its ability to fabricate precise three dimensional objects relatively quickly and cheaply. The very qualities that make the technology appealing to amateurs are poised to make it a revolutionary technique for use in medicine.

Already, there have been extraordinary medical stories coming from the innovative use of 3-D printing such as a father creating a new prosthetic hand for his son for only $5 when the cost for the official product was prohibitive. Using a similar logic to Roland's heart operation, recently surgeons at Stony Brook Medicine used 3-D printing to construct before-and-after models of the skull of a 6-month-old infant so doctors could accurately predict how the results of a cranial operation would look.

These uses in prosthetics and for surgical planning are extremely exciting, and the next evolution of the technology could change the face of medicine forever — 3-D printing real human tissue. While there are many kinks to still iron out — unlike plastic, cells are extremely delicate so they easily die out before printing can be completed — experts are optimistic that "bio-printing" could become a reality as early as this year.

3-D printing is a powerful gateway technology because of its flexibility. With enough imagination, it is set to transform our lives for the better in more ways than we can currently dare dream of.