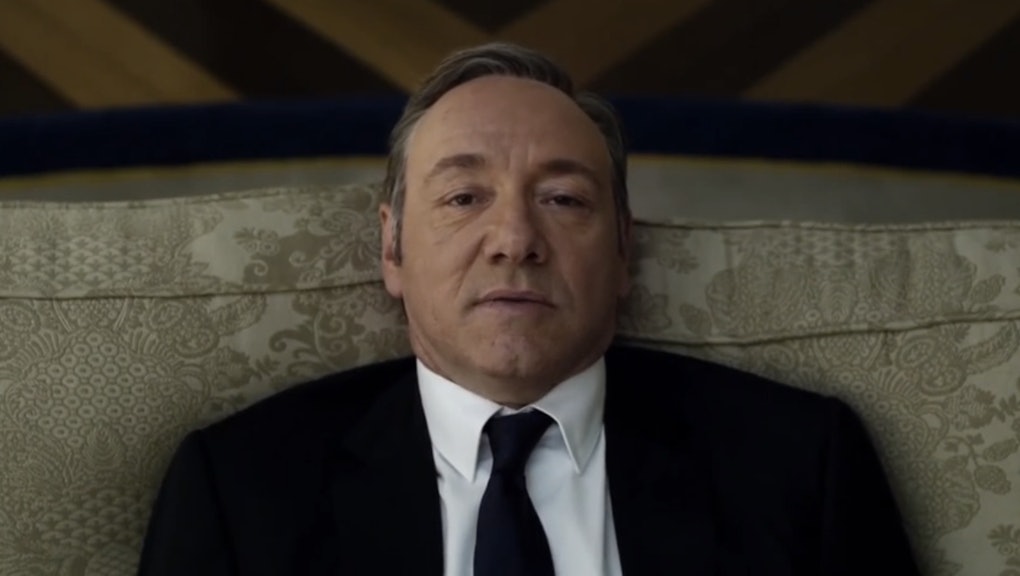 All of Frank Underwood's Best, Most Evil Advice From 'House of Cards'

The news: Frank Underwood is full of advice.

The cartoonishly devious House of Cards protagonist, who has lied, murdered and manipulated his way to the White House's upper echelons, delivers quotable nuggets of wisdom in almost every scene. Aspiring politicians ignore him at their own risk: Underwood counts among his admirers the most successful political figure in America, President Barack Obama.  And now, through the magic of YouTube, we have what's essentially a truncated Art of War as dictated by the villainous House Majority Whip-turned-VPOTUS.

Watch and enjoy this supercut of Frank Underwood's most sneering quotes and observations:

"Lessons in ruthlessness." Aside from the expected clichés — i.e. "good things happen to good people," and, "the higher the mountain, the more treacherous the climb" — Underwood delivers some genuine gold here. The undisputed highlight is the ludicrously-worded assertion that, "There are two types of vice presidents: doormats and matadors. Which do you think I intend to be?" Then he holds up a drawing of a bull he'd been working on.

What'll this guy say next? Considering the material, this video could have continued for hours. But if you're really jonesing for more Underwoodisms, look no further than this Tumblr account, which comes highly recommended in small doses only. Because "that's how you devour a whale, Doug: One bite at a time."