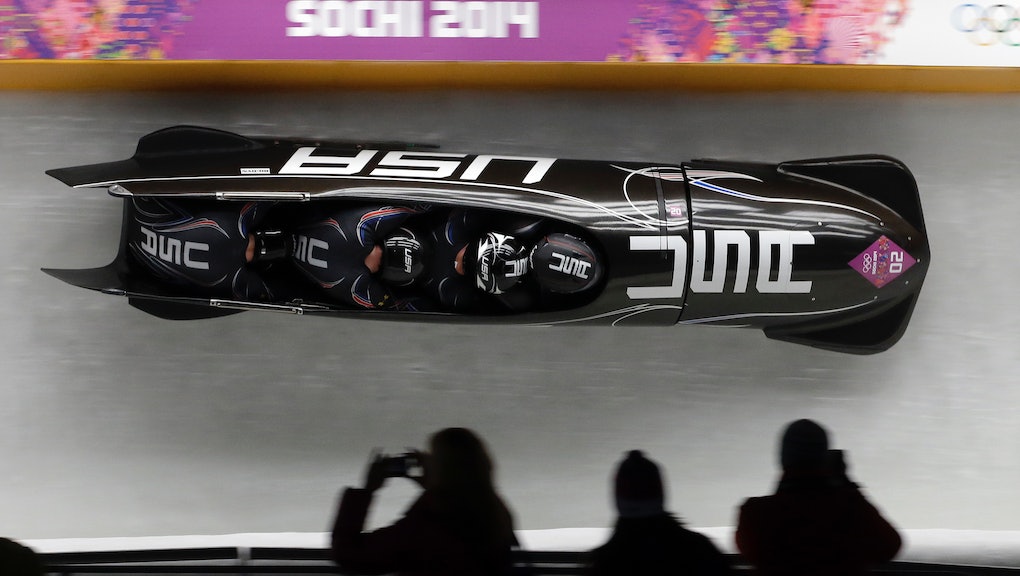 By most accounts, the U.S. did pretty well at the 2014 Sochi Olympics: with 28 medals in tow, it's only behind the host country Russia (which netted an impressive 33 medals) in terms of total medal count. Beating solid competitors such as Norway, the Netherlands, and our northern neighbor Canada, the U.S. was able to bring a lot of hardware home.

But of course, the total medal count is not the only important metric when it comes to determining just how successful each country was at the Olympics. And as the Atlantic's Richard Florida found out, the U.S. performance does not look as impressive when other factors are taken into account.

For instance, when the medals are weighted by their type (three points for gold, two for silver, one for bronze), the U.S. slips to a third place tie with Norway, while Canada jumps up to second place — Russia is far ahead with 70 medal points.

But this chart still doesn't consider socioeconomic factors. After all, is it fair to compare to large countries with financial resources with the smaller countries that struggled just to send their athletes to the Winter Games? While the final result is all that matters in a sport, the results are simply not as impressive when you consider that some athletes trained under radically different circumstances.

Case in point — this is what happens when you factor population size into the medal count:

The result is drastically changed, with Norway shooting to the top and Russia falling to 14th place. The U.S. doesn't even make it into the Top 20, while China ranks dead last.

Things look even more different when GDP is considered instead:

Suddenly, countries such as Slovenia, Latvia and Belarus are at the top, while Norway still manages to be in the top five. Russia is in the 12th place, while the U.S. plunges all the way to 23rd place, followed by the U.K., Japan and China.

But while socioeconomic factors are certainly important to keep in mind, how about something that more directly impacts Olympics performance? The size of a country's team cannot be overlooked: the more athletes there are to represent a country, the greater the chance of bringing back a medal. Again, the total medal count looks drastically different:

This time, the Netherlands takes the top spot, followed by Belarus and Norway. Russia is back in the top five, while Team USA with its 230 athletes (the largest athletic delegation in Winter Olympics history) is in tenth place.

What can we take away from this? No matter how you slice it, Norway did incredibly well in Sochi, especially when you consider its size and population. But when you consider all the advantages it had, the U.S. — and to a lesser extent, Russia — did not perform as well as it could have.

While it's important to cheer on our athletes' achievements, we should also keep in mind our socioeconomic advantages — and pause to celebrate the success of countries such as Slovenia and Latvia, who have proved themselves on the international stage.