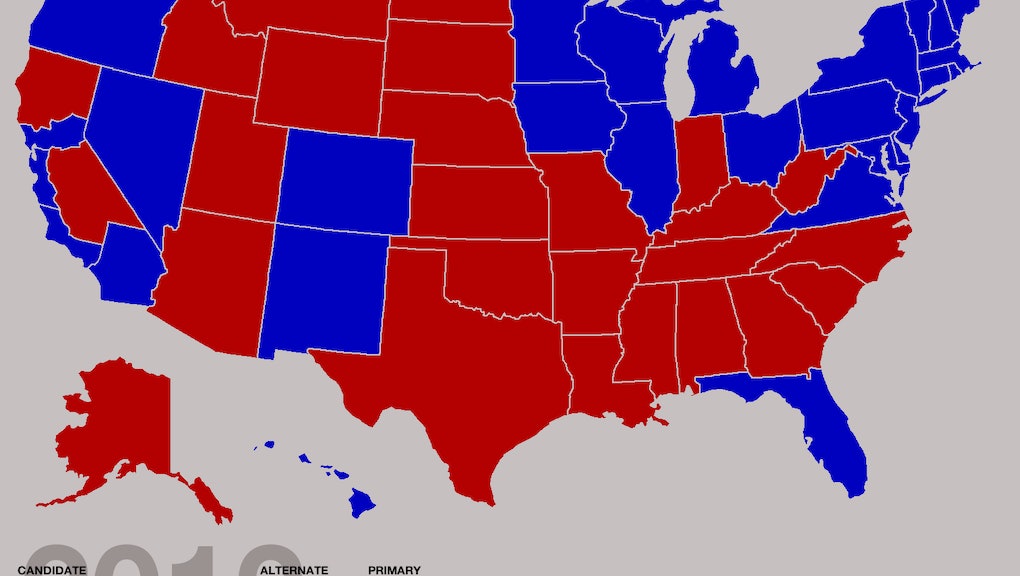 If California Were Really 6 States, the Last 4 Elections Would Have Looked Much Different

Silicon Valley venture capitalist Tim Draper wants to split California into six separate states. According to Draper, "political representation of California's diverse population and economies has rendered the state nearly ungovernable." Secretary of State Debra Bowen recently approved his request to begin collecting petition signatures for the initiative, meaning just 807,615 people would need to sign to put the question to the law.

Draper wants the unified state of California to become the separate regions of Silicon Valley, West California, Central California, North California, South California, and Jefferson. With a combined economy of around $2 trillion, these areas already compose the world's eighth largest economy. Here's what his map would look like:

Draper's initiative is almost certainly doomed to the annals of history, since a billionaire doodling lines on a map doesn't usually translate to electoral success. Besides Draper's proposal being kind of whacky, California has already withstood innumerable attempts to split up the state in the past. And the issue of federal congressional approval is far from irrelevant: Who exactly do you think is going to give California 12 Senate seats?

Regardless, Imgur user giantspeck took a retrospective review to see how our nation's presidential past would have differed had California always been Draper's bizarre mish-mash of independent states. As it turns out, not much. Here's what the past four elections would have looked like.