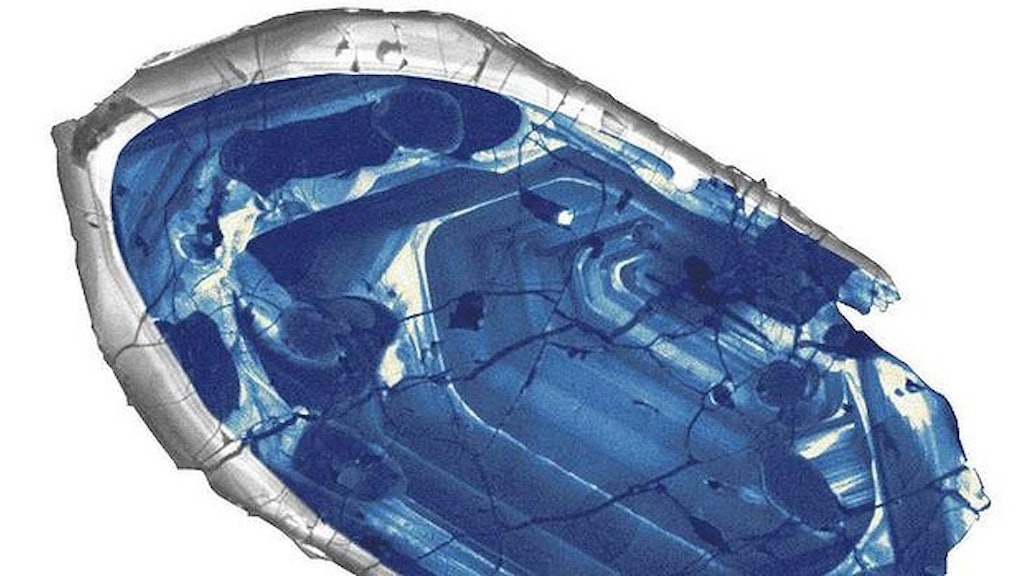 Scientists have determined using two different age-calculating techniques that this piece of zircon crystal found on a Western Australian sheep ranch is the oldest known piece of the planet yet discovered.

Researchers involved in the discovery said that the discovery was of high scientific value. Earth's crust formed relatively quickly after the formation of our planet, and this little gem is a remnant of the original crusty crew. According to the University of Wisconsin scientist who led the investigation, John Valley, the survival of the crystal suggests that the early planet was not quite as harsh a place as commonly accepted in the scientific community. It lends support to the "cool early Earth" theory, which says that hydrosphere and liquid water existed before 4.3 billion years ago.

"The Earth was assembled from a lot of heterogeneous material from the solar system," Valley explains. The early planet encountered heavy meteor bombardment, including a collision with an object the size of Mars "that formed our moon, and melted and homogenized the Earth. Our samples formed after the magma oceans cooled and prove that these events were very early."

Such unimaginable solar events, coupled with the Earth's molten crust and heavy volcanic activity, are why this period of Earth's history is known as the Hadeon eon — after the Greek god of the underworld. In other words, hell on Earth.