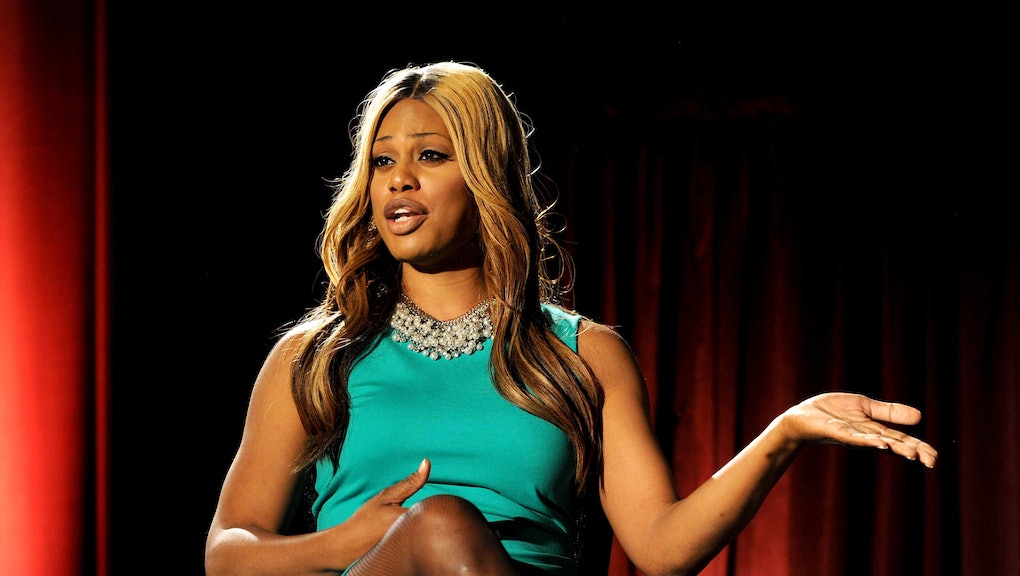 7 Simple Ways You Can Make Life Easier for Trans People

There's a funny thing that happens halfway through explaining gender-neutral pronouns to people. Their eyes glaze over, and they often say, "Look, don't you think this is kind of a lot? I mean how much do you really expect people to learn all of this?"

The amazing thing about showing courtesy to transgender folks, however, is that, when done well, it actually makes us all better on gender equality generally. Even if you don't have trans people in your life (you probably do, but don't know it), here are things you can do to make the world just a little more gender-diverse friendly:

1. Start seeing gender all the time.

Gender is a rule set based on our ideas about sex. Those rules used to say that women couldn't vote or wear pants and that men couldn't date other men. Today, gender still prevents many women from reaching the same pay grade as men. It also boxes in transgender people who feel that the gender they were assigned at birth is inaccurate. Simply recognizing gender and its many mandates challenges us to change the game.

Think of every time you are asked to choose between male and female in any given day: picking out clothing, filling out forms, using public restrooms, choosing hygiene products, planning get-togethers. Think about how you can make room for gender-variance. Can you rid your language of generalizations about men and women? Can you suggest that the single-stall bathrooms at work be labeled with gender neutral signs? Your efforts here create more room for people of all gender identities.

For some trans people, gendered spaces like restrooms can be scary and dangerous. If you have a trans friend headed to a public restroom, offer to accompany them. If you see someone in a gendered restroom that you think is out of place, think twice before speaking up.

Here's a question I don't ask new friends: What do your genitals look like? Unsurprisingly, this question is not appropriate for your trans pals either. Here's a good rule: If you wouldn't ask a non-trans person, don't ask a trans person, either.

What pronouns do you prefer? A lot of people use "he/him" or "she/ her" pronouns. Some people like to use "they" as a gender-neutral singular pronouns. Others use less-known gender-neutral pronouns like "ze/hir." Rather than assuming someone's pronoun, it's best to ask if they have a preference. If they do, stick with that.

6. See the present person in the past tense.

If a trans person in your life has changed their name and pronouns, they probably don't want you to revert back to their old name. While an old name might feel accurate and familiar to you, its use can come off as a rejection of your friend's identity now. If you're not sure, ask.

It happens, and it's fine. Correct. Apologize. Keep going.