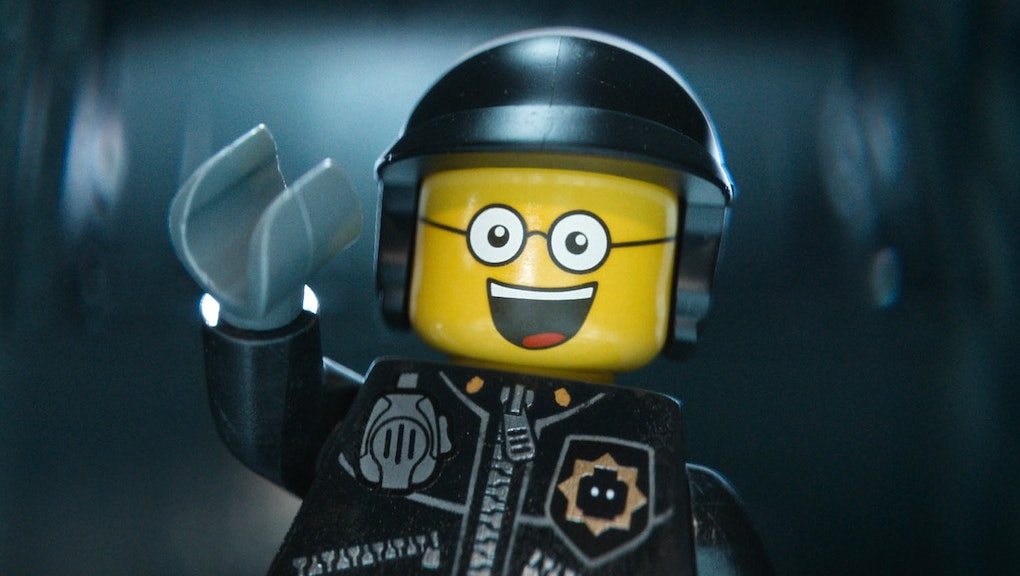 The LEGO Movie continues to dominate the box office, clocking $31.5 million last weekend en route to $275 million worldwide. It’s the top-grossing film of 2014, and has already prompted Warner Bros. to develop a sequel. But it’s generated as much buzz over its perceived political messages.

For more on the subject, here’s the ever-judicious Fox News:

Fox presumes that because the film’s villain is a corporate megalomaniac named Lord Business, LEGO is pushing an "anti-business agenda" onto "our kids." Vulture reinforced this with a piece titled "The Lego Movie is Practically Communist," where Bilge Ebiri touts the film’s "almost transgressive" critique of "exceptionalism." This makes sense on paper, but after a bit of research – i.e. actually watching the film – its overarching message is anything but.

Why? Let’s start at the beginning. Emmet – "truth" in Hebrew – is a construction worker whose personality is totally dictated by corporate artifacts. He bases his behavior on a How to Win Friends and Influence People-type manual, and affirms his role in the automaton infrastructure by belting the ubiquitous pop hit “Everything Is Awesome,” over and over and over again. The joy he draws from being a brainless disciple of the status quo would be chilling if it weren’t so funny.

Little does he know his life is about to change dramatically. He comes into possession of "the piece of resistance," a red rectangular artifact that makes him the prophesied "Special," a.k.a. "the greatest, most talented, most interesting, most important person of all times." "The Special" is meant to stop Lord Business from using the "kragle," a weapon that will wreak untold havoc on the world. And he does so aided by a colorful cast that includes Batman, a wizard named Vitruvius, a "Unikitty," and a badass named "Wyldstyle" (who repeatedly insists she's "not a DJ").

It’s a standard hero narrative that concludes as expected: With the same heartwarming be yourself message that every kids movie finds so important they need to hammer it into our skulls at every turn. The interesting thing about The LEGO Movie is how it encourages children – and all viewers, by extension – to express this liberating individuality.

Ironically, it’s the same way Emmet has been expressing himself his entire life: Through carefully controlled consumer habits. "Build your own worlds! Don’t follow the instructions!" the movie tells us. "But make sure you’re ‘building your own worlds’ and ‘not following the instructions’ with LEGO products!"

In this way, Lord Business’ plan – which involves permanently imposing his rigid vision of the world onto his citizens – isn’t totally defeated. Rather, it’s absorbed into the looser vision proposed by Emmet and his “master builder” friends. The message is, at best, a castrated compromise with corporate hegemony.

And I loved every minute of it.

Of course, this reading misses the broader point that this was an exceedingly clever, funny, and entertaining film. Every bit of critical praised being heaped upon it is well deserved. But let us not forgot that The LEGO Movie, like every Hollywood effort, is a piece of work designed to make money above all else. This is compounded by its taking place in a world completely made of consumer products, manufactured by one corporate entity.

So enjoy this movie, as it deserves to be enjoyed. Just remember that no matter how smart or skillfully executed, it’s essentially a 90-minute commercial.