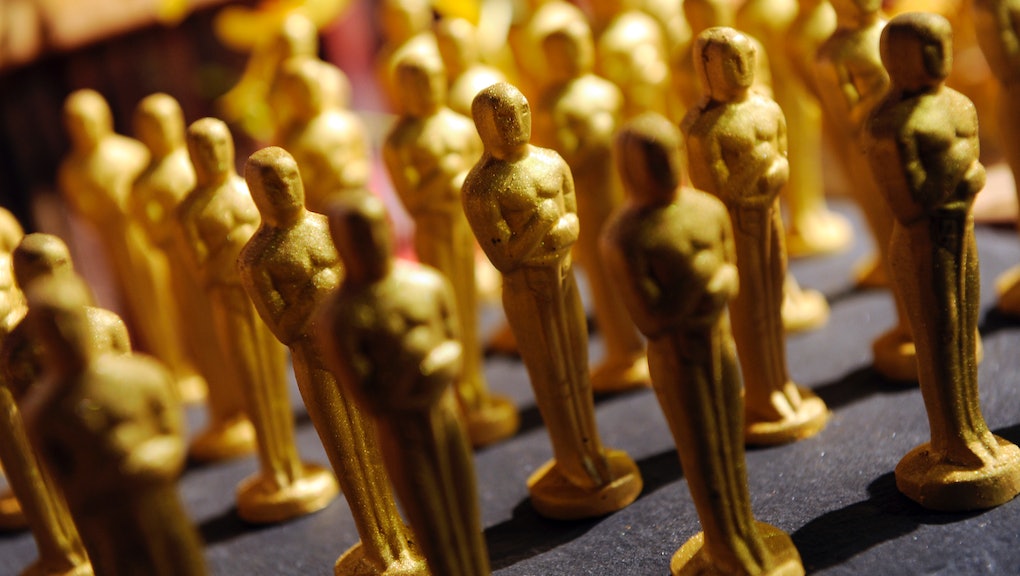 Some things should not be taken lightly.

Take, for instance, the fact that a solid chunk of your annual income may come from Oscar betting pools. While it’s hard to predict the winners with any consistency, there are definitely tools that can help. Statistician Nate Silver and reporter Walter Hickey just created one for Vanity Fair.

Here’s what they did: After perusing IMDb (the Internet Movie Database), they analyzed the site’s descriptive keywords for the more than 500 films nominated for Best Picture since 1928. These keywords include terms like "murder," "friendship," "based on a novel," or "New York City," plus nearly 4 million others. They then cross-referenced these terms to determine which appeared most often among the nominees in an attempt to identify common themes.

The results reveal interesting trends. Here are some of the biggest – and strangest – takeaways:

1. Over 40% of Best Picture winners feature a character who speaks the title in the film.

3. Since 1939, almost one of every seven movies nominated for Best Picture has been about World War II.

4. The most common occupation appearing in all Best Picture nominees is “doctor.”

6. The prevalence of female nudity in Best Picture nominees peaked in the 1970s. Male nudity is peaking now.

7. The highest percentage of nominees featuring someone who gets slapped in the face peaked in the early 2000s.

8. 55% of Best Picture winners were considered “blockbusters,” while only 26.2% of nominees overall were.

10. A “husband-wife relationship” is the most common type among all nominees, with “father-son” and “mother-son” coming in second and third, respectively.