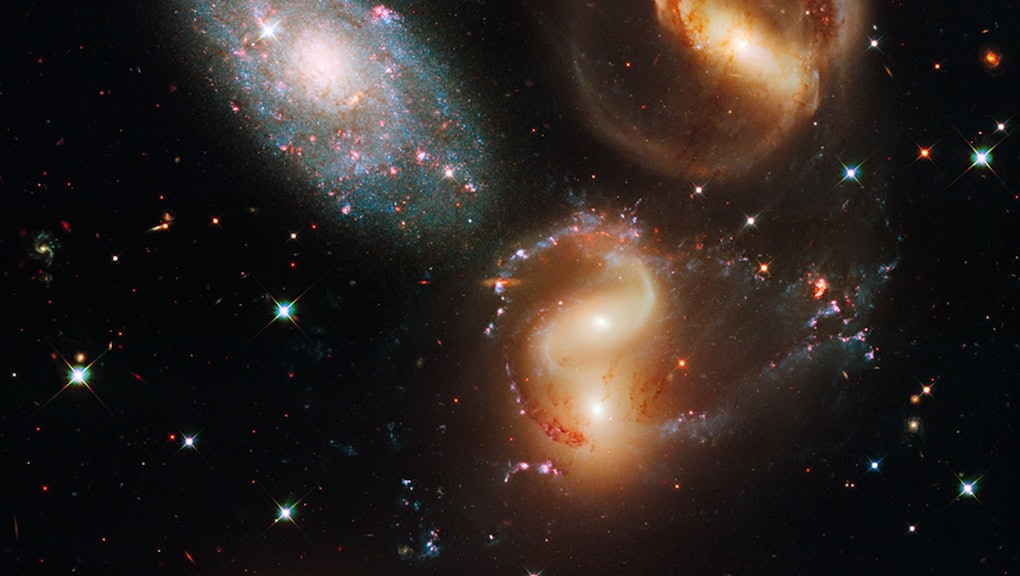 Usually, when the Kepler space mission announces that they've discovered hundreds of of new planets, they're talking not about actual planets, but "planet candidates," which haven't yet been independently verified.

This time, they've found 715 new ones, nearly doubling the amount of known exoplanets in the entire universe. Thanks to a revision in the way that Kepler scientists analyze data to verify clusters of planets rather than singular planets, the team was able to confirm that they had identified the new solar bodies with a high degree of certainty. Yesterday, the astronomical community knew of about 1,000.

"For years, I've trained myself to say 'planet candidate' rather than 'planet' most of the time," said Jason Rowe, SETI Institute and Kepler scientist. "I have to change that."

While none of the planets are particularly Earth-like (just four of them sit in the "habitable zones" where liquid water could exist on the surface, while most are larger than our planet and orbit smaller stars), the majority are between Earth and Neptune in size, which suggests that mid-sized planets able to support life, like Earth, are much more common than previous hard evidence could demonstrate.

"The more we explore the more we find familiar traces of ourselves amongst the stars that remind us of home," Rowe said.

According to MIT astronomer Sara Seager, the newly discovered planets tend to cluster very close to stars. Imagine multiple planets much larger than Earth, orbiting their constituent stars closer than Venus or Mercury do ours. "So why isn’t Earth crammed close to the sun?" Seager asked. One possible explanation is that the original disk of gas and dust from which these planets formed was much denser than the one that led to our own solar system's formation.

"This just reminds us that planetary systems can be very different from ours," Seager said.

The best news? The 715 new planets come from just a revised look at the first two years of Kepler data, leaving several years of data to comb through.