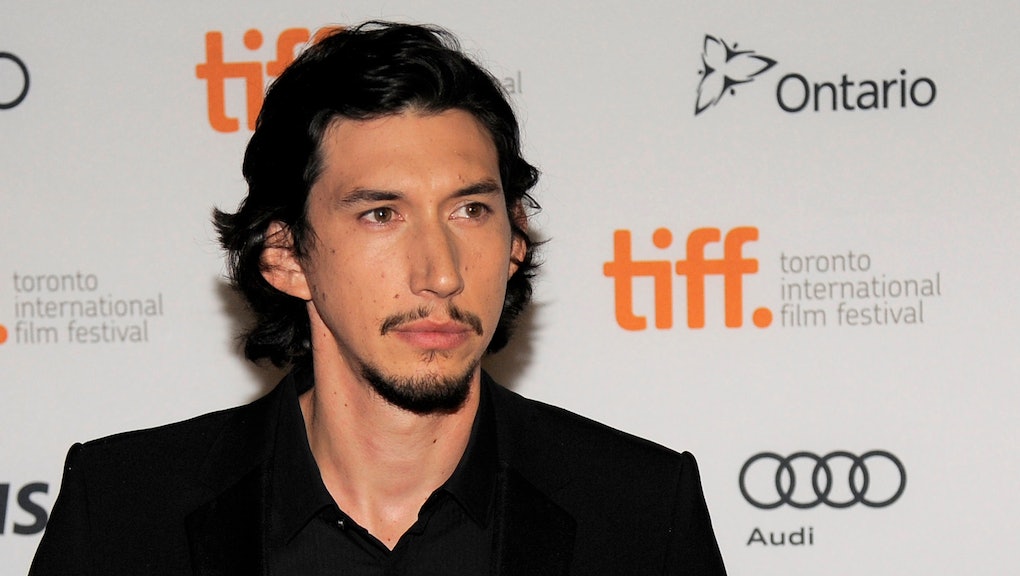 Our Generation's Darth Vader Has Been Cast

Nearly every actor in Hollywood has been rumored to test for J.J. Abrams' new Star Wars film, but no casting has been as hotly anticipated as the villain role for the revived franchise. Star Wars: Episode VII is set to feature a brand new evil to fill the vacuum left by Darth Vader, and it looks like we finally have a face to match the role.

According to Variety, Disney has zeroed in on Adam Driver, currently well-known for his leading man turn on HBO's Girls. Driver, 30, has been attached to the role for a few months, but he reportedly had to work out his schedule with HBO before he could officially sign on. An official release is expected to follow. Other cast members have not been announced yet.

Driver's star has been on the rise lately with small but memorable turns in acclaimed films such as Frances Ha, Lincoln and Inside Llewyn Davis. He already has films with Martin Scorsese, Jeff Nichols and Noah Baumbach in the pipeline.

While he may be much younger than either David Prowse or James Earl Jones were when they tackled the Darth Vader role, Driver's manic charisma may bring a refreshing new energy to the aging franchise. DC Comics is also banking on its young supervillian, with the 30-year-old Jesse Eisenberg inheriting the mantle of Lex Luthor.

Since the film was announced, Star Wars: Episode VII had nearly every hot Hollywood name attached to a role. Jesse Plemons of Friday Night Lights and Breaking Bad fame is rumored to play one of the two leads. Actors Michael B. Jordan and Saoirse Ronan have publicly stated that they have auditioned for roles, with Ronan going as far as to act out a scene with a lightsaber.

If you want a glimpse of Driver's talents, check out his brief but hilarious scene in Inside Llewyn Davis, where he basically steals the film from Oscar Isaac and Justin Timberlake:

Now try to get his "OUTER. SPACE." out of your head. He's clearly ready to take on the galaxy.