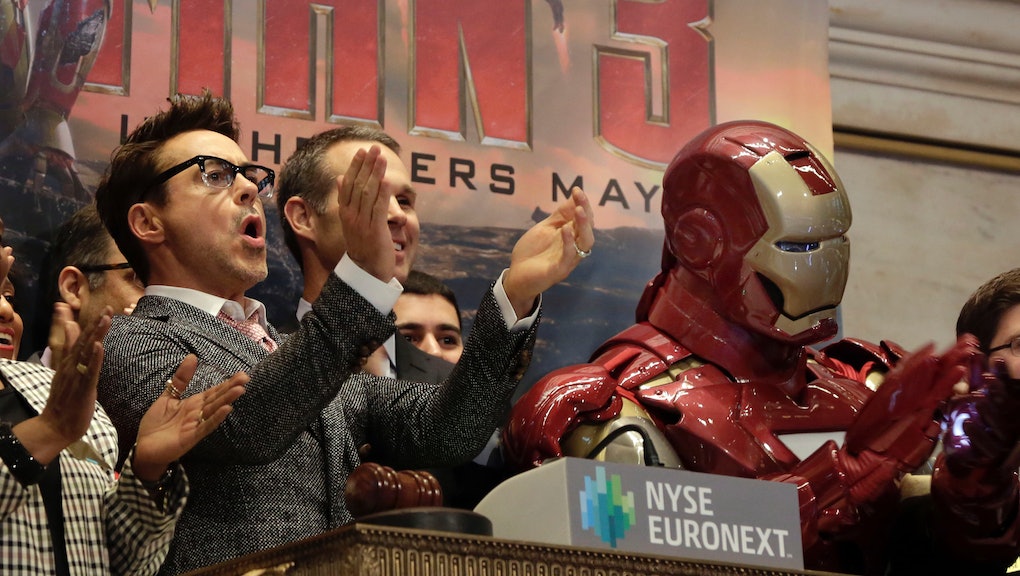 Sometimes, it's hard for a president to get work done. Between congressional catfights, tech crashes and stagnant economies, it might seem more attractive to a world leader to simply don a rocket suit and fight crime on one's own.

That at least sounded like President Barack Obama's fantasy as he spoke at an innovation conference on Tuesday. Before announcing two Pentagon-led manufacturing hubs, the president jokingly revealed his secret administration project: the Iron Man suit.

"Basically, I'm here to announce that we're building Iron Man. I'm going to blast off in a second," he said to the laughing crowd. "This has been a secret project we've been working on for a long time. Not really. Maybe. It's classified."

The joke prompted a response from the Twitter account of the fictional Tony Stark/Iron Man (it is run by Marvel):

Interestingly enough, the Army is currently developing smart suits called TALOS, which are designed to help increase strength, speed and durability. They also come with an operating system, though it may not be as snarky as Iron Man's trusty JARVIS.

While it's not likely that the president himself will blast off any time soon in an Iron Man suit, we can brainstorm which "genius billionaire playboy philanthropist" we can dress up to defend us from invading aliens. Bill Gates? Elon Musk? Michael Bloomberg?