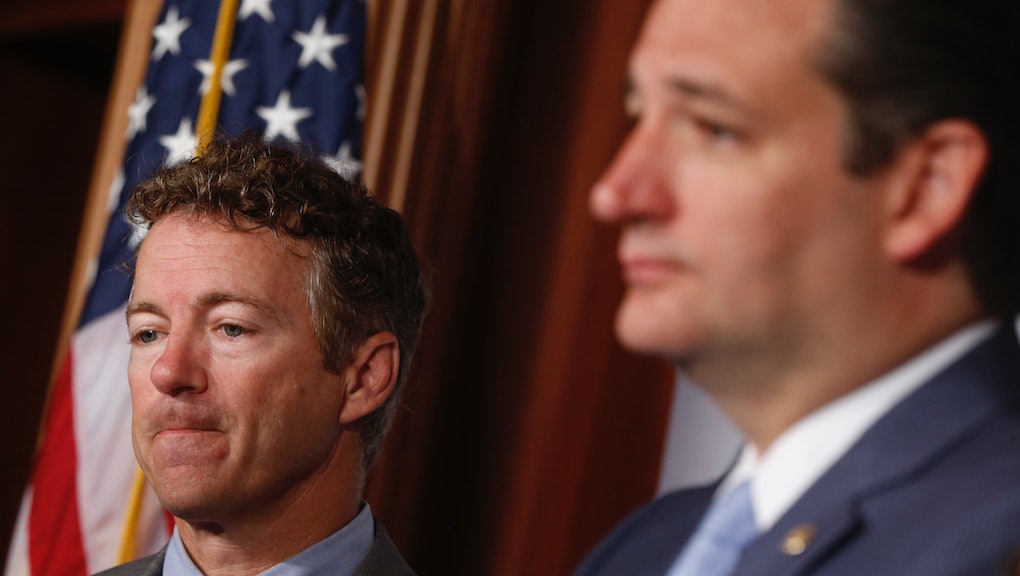 It's Very Possible Republicans Will Retake the Senate This Year. Here's How.

Polling suggests that the Democrats are going to have a tough time going into the 2014 midterm elections — and if they're particularly unlucky, they may even lose the Senate.

According to a New York Times / CBS News poll released on Wednesday, Republicans hold an undeniable edge despite internal rifts and Americans' self-proclaimed agreement with Democratic policy positions. While the majority of those polled were pessimistic about the GOP and its future, 42% of voters favor voting Republican in upcoming elections for congressional seats in Washington, as opposed to just 39% who said they will vote for Democrats.

That difference is within the margin of error, but dovetails with a "sense of foreboding" in the public: 63% of Americans believe the country is on the wrong track, while 57% say that they don't approve of Obama's economic management. Just 40% of those polled were somewhat or very satisfied with the Obama presidency, while 59% were somewhat or very disappointed; overall, he commands just 41% approval and 51% disapproval. Eight in 10 Americans expressed distaste with the current state of affairs in Washington.

That said, it's not all gloom and doom for Democrats. Discontent with the establishment isn't just limited to the president. Speaker John Boehner (R-Ohio) commands just 26% support, his image perhaps irreparably damaged by weak, confused efforts to control his own caucus or score Republican victories on the debt ceiling or Obamacare. And the GOP remains badly outmatched on policy. On immigration, gun control, same-sex marriage, and marijuana legalization, the GOP holds minority viewpoints. Two-thirds of the country support raising the minimum wage to $10.10 from $7.25, and similar numbers think income equity is a priority. And 56% think that Obamacare can be fixed with some changes, opposed to just 42% who support repealing it entirely.

Ezra Klein spells out how this looks for the country in 2014: