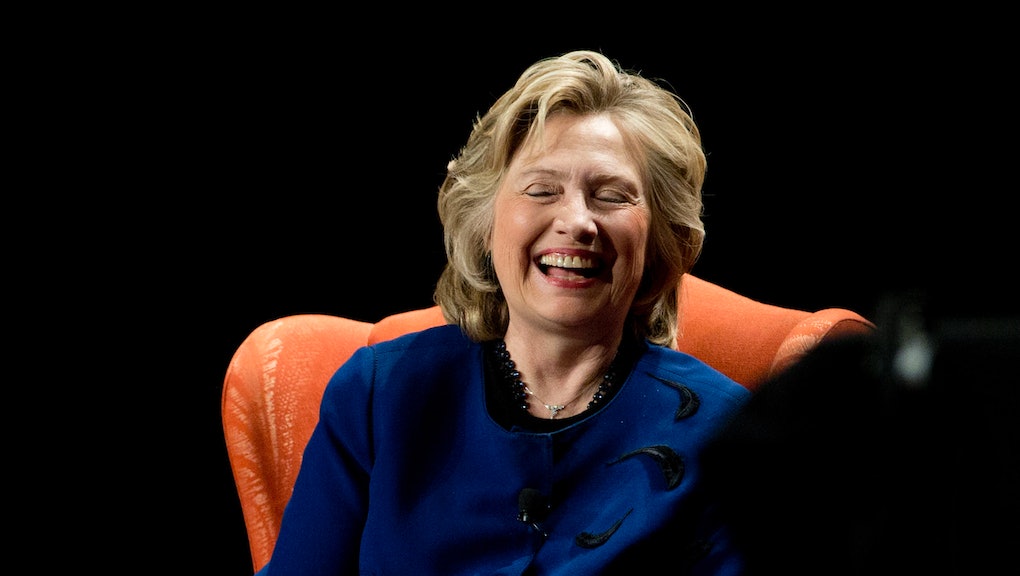 This is Public Enemy No. 1 for Republicans

President Bill Clinton has been stumping around Kentucky this week to drum up support for Alison Lundergan Grimes, the Democrat who is trying to unseat the incumbent Sen. Mitch McConnell (R-Ky.) in the coming Senate race. But Sen. Rand Paul (R-Ky.), the junior senator from the state who has endorsed McConnell, is not quite happy to see the former president in his neck of the woods.

"We have a lot of conservative Democrats in our state who go to church each week and really don’t approve of his behavior, what he has done with sexual harassment in the workplace," Paul told Fox News on Tuesday.

Paul is of course referring to the Monica Lewinsky scandal, which in 1998 revealed that Clinton was having an affair with a White House intern. But apparently, 16 years has not been enough time for Paul to let it go.

"I think he's a bad role model for the workplace, for women's rights, for all of that, and I think really they ought to be a little embarrassed to be associated or being seen with him," Paul said on Fox News.

We know we can take Paul's word for it because he is a noted feminist scholar who has declared that "the war on women" is already over. And this isn't the first time he's piled on Clinton — he has called Clinton a "sexual predator" on occasion, and has accused the American media of moving past the scandal. So if anyone has the moral authority to call someone "a bad role model for women's right," it's Rand Paul.

While it's understandable that Paul is lashing out at a Democrat surrogate who is campaigning against his colleague, his attempts to discredit the former president also serve a dual purpose: to lay the groundwork to campaign against Hillary Clinton, who is still the presumptive Democrat nominee for the 2016 presidential race. Paul himself is currently a popular choice for the GOP.

Bill was the last Democrat president to carry a chunk of the South, and he may put his folksy surrogate charm to use if and when his wife runs for office. He is also a big fundraiser for the Democratic Party (he raised $700,000 for Grimes at a single event on Tuesday).

And that's exactly what Paul is afraid of — the senator has gone as far to suggest that Hillary should return campaign funds that Bill raised.

Hillary has not yet definitely announced plans to run for office again, but the Republican Party is already pulling out all the stops to prevent it from happening. Though Sen. Ted Cruz (R-Texas) declined to follow Paul's attack, he has gone after Hillary for having a "consistently wrong record when it comes to foreign policy, when it comes to domestic policy." (It's worth noting that in the same interview, Cruz fields questions about his own presidential ambitions.)

In the meantime, the GOP has put up this hilarious petition to "stop the Clintons from taking back the White House:

But the GOP's attempts to date the Clintons in the same category as Austin Powers and the Macarena may not working. More than 80% of Democrats want Hillary to run, and virtually every prediction poll has Hillary trumping potential Republican nominees.