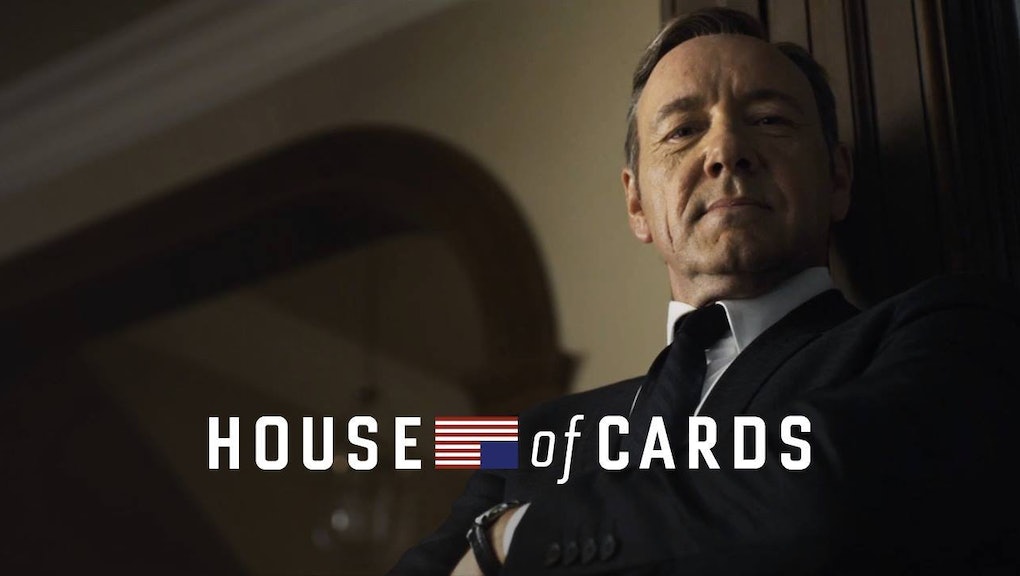 There's One Bizarre Thing Americans and Middle Easterners Have in Common

House of Cards, the all too enraging show from Netflix about the American political system that is likely more documentary than drama, has an unexpected and very large fan base: the Middle East.

It may seem a natural jump to assume that Arab viewers watch the show to figure out just how the complex the American democracy machine is:

"Arabic viewers are aspiring to know the reality about politics, so they may have found an alternative for that in American drama," Tarek el-Shenawy, an Egyptian film critic told Al Arabiya.

While this is surely the case for some Middle East viewers, it's also likely the case for any other viewer who watches, even Americans. Regardless of what people are trying to glean from the show, it's negative portrayal of reptilian congressmen locked in a self-serving power struggle while leaving the average taxpayer in the dust isn't doing real life Congress any favors. With an already low congressional approval rating of around 13%, House of Cards is helping to reinforce the negative stereotypes we all take as fact. When asked about the performance of U.S. leadership in the world, Egypt, Israel, Syria, Iraq, Lebanon and Yemen averaged out to only 26% approval in a 2012 poll.

But maybe Middle Easterners and other viewers alike watch House of Cards for a much simpler reason: It's just a damned good show. In fact, shows with no political aspect to them at all like Lost, Arrested Development, Grey's Anatomy, Glee and reality TV with an Arab twist that seem eerily similar to their American counterparts, like Arabs Got Talent and The Entrepreneur, are very popular throughout the region.

Interestingly enough, Americans and Middle Easterners do have one thing in common when it comes to the U.S. Congress: Very few of us approve of it. Special interest groups with far too much access to lawmakers are able to pressure them into policies that hurt all of us, like the "special relationship" we share with the Israeli government, one of the rawest issues for many Arabs. Middle Easterners also watched as Congress deliberated endlessly over what to do with Syria as hundreds of thousands of people are being killed and injured from war, and Saudis and their neighbors fear the U.S.-Iran nuclear deal will alter the balance of power in the region. None of these decisions take place without congressional dealings, and all of us continue to question the seemingly backwards logic of lawmakers' decisions from time to time.

But while Americans have a naturally simpler go of separating the political drama of an American TV show from reality, Middle Easterners may not. Many did not grow up here and may not understand the intricacies of American television or know how Congress works — nor do many Americans if we're being honest. They will have a harder time parsing out the reality from the fantasy, especially when a show that's produced so well — with many intentional winks and nods to real life congressional problems — becomes so popular.

House of Cards is an amazing show, and its viewership is likely based on just that for the majority of viewers. But if the next time al-Qaida blows something up and they blame it on Kevin Spacey being a prick, I, for one, will start to worry.