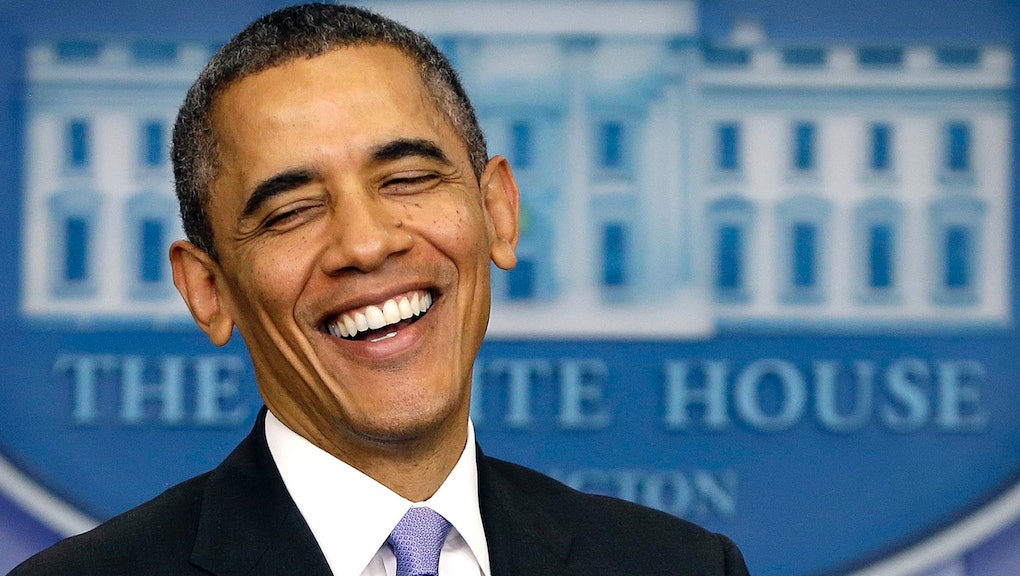 How Republican Or Democrat Is Your Name?

How Republican or Democrat is your name? Thanks to Clarity Campaigns, which mined data from SmartVAN's Coop voter file to assemble this awesome tool, you can find out just how likely others with your given surname share your political affiliation, have a gun in their house, attend religious services, or have a college degree. Give it a whirl and see how you stack up.

The National Journal tried some names, finding that Barack gets an unsurprising 76.5% Democratic rate, while some other uncommon names like Saxby (Sen. Chambliss, a Georgia Republican) and Sherrod (Sen. Brown, an Ohio Democrat) mirrored the political orientation of their most prominent holders.

So, I lowballed it at first, giving it a fairly generic male name — mine. Here's the results for Tom:

Apparently I lean Republican (51.9%), but not by much. I'm close to the middle on other probabilistic rankings, so let's go have some fun with other names. How about something more ... old money.

Interestingly enough, we couldn't find a stodgy name associated with Republicanism — Mortimer (59.8%), Winston (66.9%), Wilfred (57.8%), Randolph (53.6%), and even Admiral (65.2%) leaned heavily Democratic, forever shattering the myth of the cigar-puffing, brandy-sipping Republican magnate. (Of course, you only need a couple to throw a few elections for team riche.)

So what's this tell us? Really, absolutely nothing. It's important to note that none of this data is actually particularly useful in isolation, and more just a fun way to see how others who may or may not have anything in common with you other than your first name rank up.