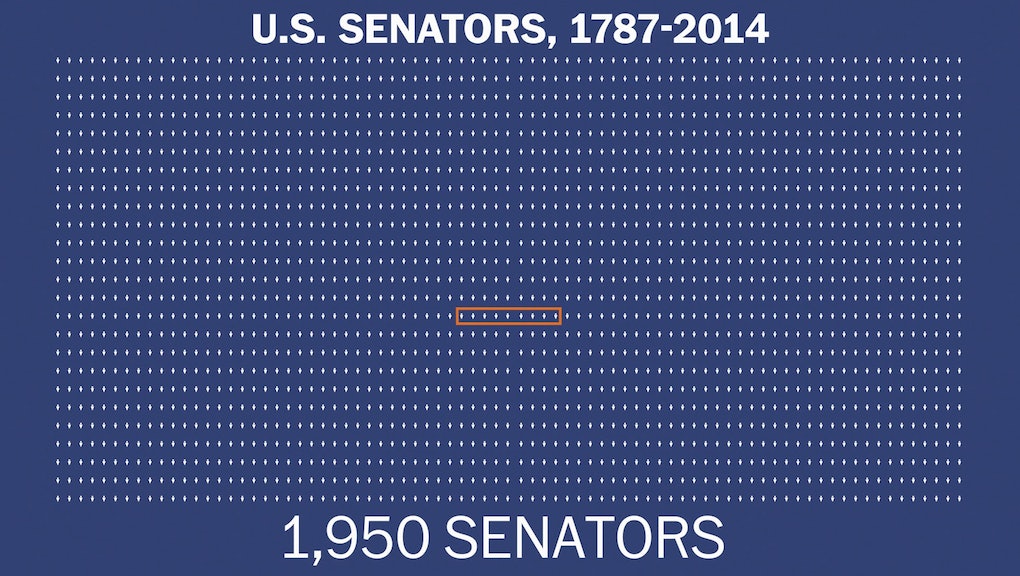 Here's How Many Senators in America's History Have Been Black

The news: The Washington Post has published a chart that puts the U.S. Senate’s historical lack of diversity in stark visual terms. Of the 1,950 senators who have served since 1787 – 227 years ago – only nine have been black:

Poor showing. Percentage-wise, that’s a measly 0.5% of all U.S. senators, despite that black Americans make up 12.6% of the total population. Of the nine who have served, three were appointed by governors to fill vacant seats, and two were elected by state legislatures before the passage of the 17th Amendment – which mandates the popular election of representatives. This means just four blacks have been elected to the Senate. Only one – Carol Moseley Braun (D-Ill.) – was a woman.

“Barriers exist and challenges exist to be overcome,” adds Sen. Braun. “You just have to persevere. You have to stay true to who you are. You have to have the energy and the vision to know … if you just keep at it, you’ll come out right.”

Here’s a list of the “Divine Nine” (as nobody calls them but me):