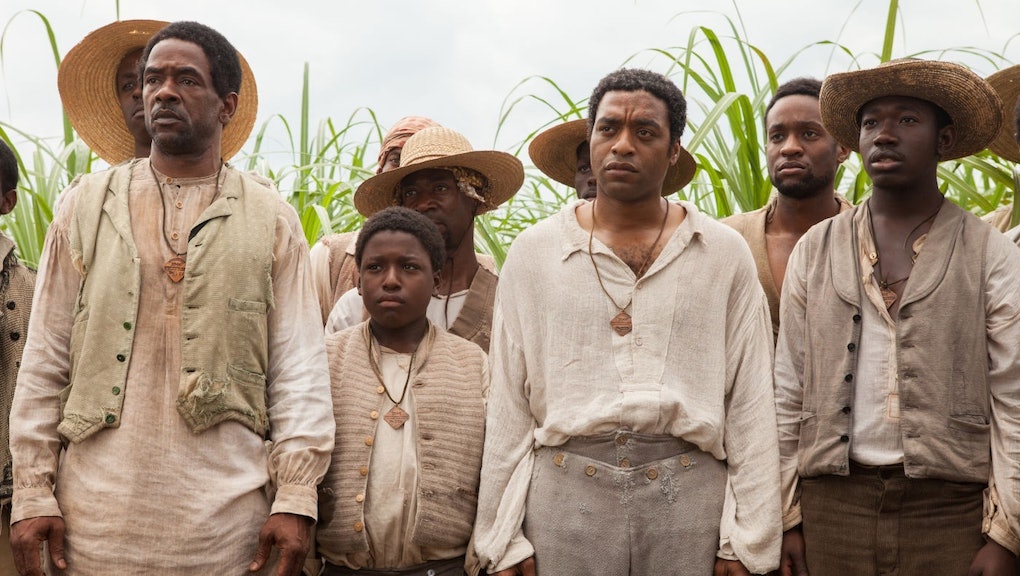 The news: The National School Boards Association (NSBA) recently announced a partnership with New Regency, Penguin Books and the filmmakers that would distribute the Oscar-nominated slavery drama 12 Years a Slave – plus its source book and a study guide – to public schools across America beginning Sept. 2014.

The initiative, spearheaded by TV personality Montel Williams, is intended to “evoke in students a desire to not repeat the evils of the past while inspiring them to dream big of a better and brighter future.”

The film’s director, Steve McQueen, is enthusiastic about the move: “Since first reading 12 Years a Slave, it has been my dream that this book be taught in schools.”

But as far as educational films go, this is far from the only one that might benefit high school classrooms. Here are 12 other historical films – “historical” used very loosely – that hold valuable lessons for today’s young people:

One of this year’s Best Documentary Feature Oscar nominees, Act of Killing brilliantly executes its chilling premise: What if a group of political mass murderers in Indonesia were asked to recreate their crimes on camera? A horrific testament to the mantra, “History is written by the winners.”

Werner Herzog’s maniacal tale of Spanish conquest in South America is one of cinema’s best depictions of colonial pathology.

Incredibly influential documentary-style looks at the guerrilla tactics that led Algerian revolutionaries to victory over their brutal French colonizers.

Widely celebrated as a great film about a future dystopia, Terry Gilliam’s imaginative classic is more accurately a frightening depiction of today.

Heartbreaking animated drama about the aftermath of the U.S. bombings of Hiroshima and Nagasaki. By following a pair of orphaned siblings, the film wrenchingly captures the personal horrors that defined the tragedy.

A sobering documentary account of the human and emotional toll capital punishment takes on all involved — from death row inmates and their families to the executioners.

By turning his account of the Persian Gulf War’s fire-drenched aftermath into a bizarre science fiction short, Werner Herzog captures the impact of war with uncommon insight.

One of cinema’s few attempts to depict life among early humans, when we communicated through grunts and gestures and fire was a rare but life saving commodity.

Visually and dramatically stunning chronicle of polygamy in early 20th century China, capped by one of the most memorably affecting conclusions in recent memory.

Many have criticized this Holocaust drama for telling this story from the perspective of a German former Nazi sympathizer. Nevertheless, it remains one of the most dramatically rich and aesthetically powerful depictions of the tragedy, one that remains etched in your psyche long after it’s over.