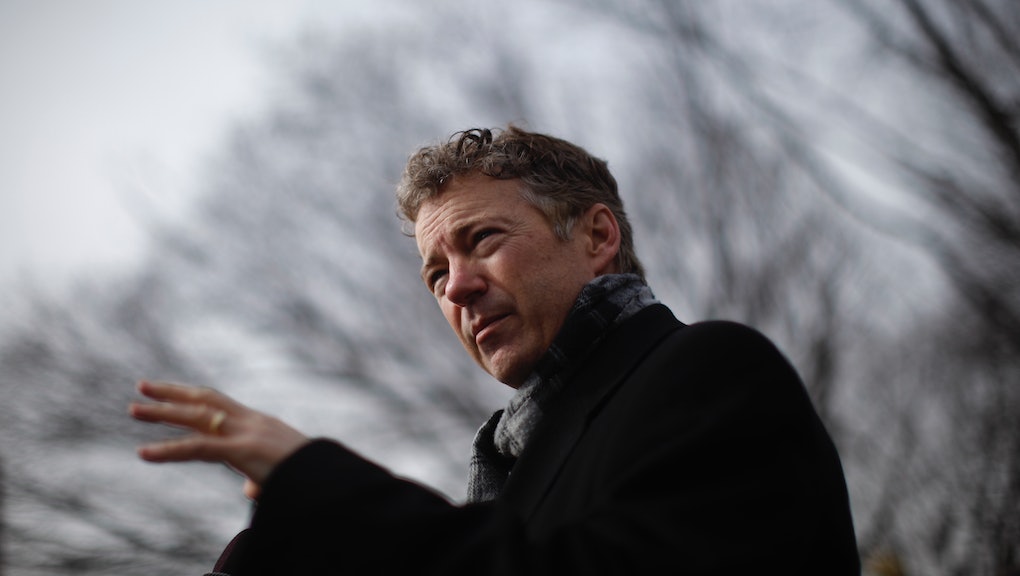 At the Tea Party Patriots' five-year anniversary event in Washington, D.C., Sen. Rand Paul offered some words of advice: "In order for us to be a bigger party, though, we have to reach out to more people, not just those of us here. It has to be a bigger party, it has to be a bigger movement. There are times, and I don’t think it is our movement, but there are times when people are using language that shouldn’t be used. I recently criticized someone for using some of that language, and I’m not going to bring it up, but I will say that we can disagree with the president without calling him names.”

Every politician, commentator, activist or television host has a decision to make. It's a personal one that involves answering a simple question for yourself: What is your objective?

Is it to win over new people who aren't inclined to be open to your message? Is it to grow the voting bloc that stands with you on election days? Is it to rile up those already standing with you or to inspire new thinkers and voters to join your cause?

I would argue that the right approach can do it all.

In the game of politics and elsewhere, I have little time for name-calling. I left that on the playground in middle school and haven't had use for it since. That approach doesn't win hearts and minds. It makes you look small, weak, and like you're reaching for an easy method of attack because you're not standing on solid policy ground.

It doesn't inspire converts to your cause.

When it comes to outreach, delivery matters. The way you sell something – your tone, your marketing and your messaging – can quickly turn a product into the best or worst item on the market. That object or concept can become something that appeals to new eyes and ears or something that makes people turn away in disgust. A good deal of power lies in the messenger's hands.

So once again, I ask you: What is your objective?

For candidates, in particular, delivery is key. If you can't sell freedom in a way that gets people to understand its value or can't clearly articulate a pro-life message without making a ridiculous comment about rape or the female anatomy in the process, then you're probably in the wrong line of work. Succeeding in politics is partially about strong policy, but it is also about whether or not you can articulate that policy in a way that hits home with a diversity of people.

Can you wrap your policy in an honest, well-presented word package that doesn't injure or demean its goals? If you can't, you won't be changing many hearts and minds. You also won't be winning many elections.

I am all for robust debate and tough talk on issues. Politicians or activists without passion for the cause at hand, or a commitment to defend that cause, are useless. But elevating the dialogue and keeping childish nonsense like name-calling and yelling out of the equation will only help you in your quest to grow a movement.

As we wake up each day ready to tackle heavy, difficult issues that can sometimes feel quite personal, it serves us well to remember that if the goal is to inspire new listeners, it's worth taking a moment to think about the way we express our ideas.

The way we approach the things we believe in – our words, our tone and our delivery –sometimes really does make all the difference.