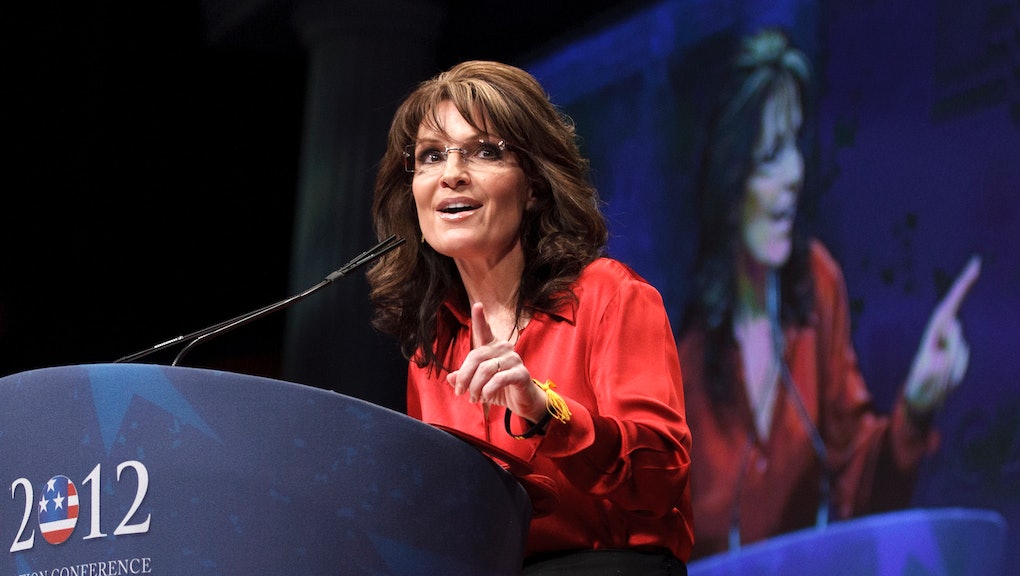 When Sarah Palin became the surprising vice presidential choice for the Republican ticket in 2008, a lot of people thought she was kind of loony. When Palin said she could see Russia from her house and couldn't name a single newspaper in a Katie Couric interview, some people were quick to write her and her opinions off.

So when she made a few remarks about the Russia-Ukraine situation in the fall of 2008, a lot of people ignored her. Specifically she said, "After the Russian army invaded the nation of Georgia, Senator Obama's reaction was one of indecision and moral equivalence, the kind of response that would only encourage Russia's Putin to invade Ukraine next."

At the time, Foreign Policy called the comments "strange," saying "this is an extremely far-fetched scenario," and then-editor Blake Hounshell wrote in response: "And given how Russia has been able to unsettle Ukraine's pro-Western government without firing a shot, I don't see why violence would be necessary to bring Kiev to heel."

Of course, the situation in Ukraine is still developing, but Palin's thoughts don't seem as far-fetched now.

But Palin isn't the only one to have prophetic thoughts about possible Russian-Ukraine conflict. Several people have taken to twitter to point out that during the 2012 presidential debates, Republican candidate Mitt Romney wasn't as wrong as a lot of people said when he said that Russia was "without question our number one geopolitical foe."

And for your reference, here's a YouTube clip of the interaction during the debate.

Only time will tell how the situation in Ukraine develops and how much of a threat Russia will really be, but it's certainly interesting to see how these once-ridiculed politicians might have been onto something.

And by the way, if you're going to call anyone stupid, maybe you should direct your attention at MSNBC and this 20-year-old map. Sorry guys, but Czechoslovakia is soo passé.