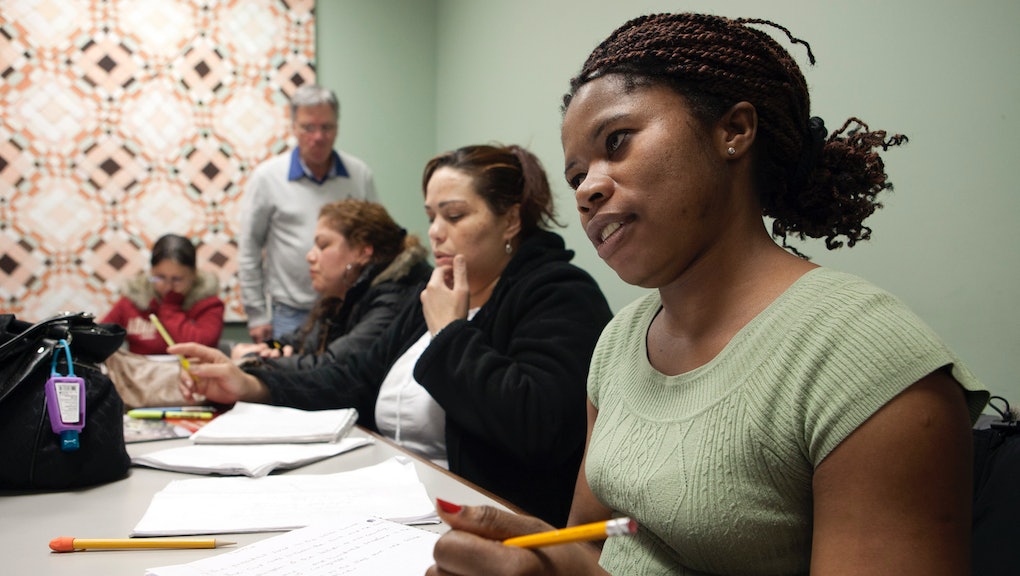 Would You Pass the U.S. Citizenship Test? Take This Quiz

Every year, thousands of people take the U.S. citizenship exam and 91% of would-be citizens pass. Compare that to 66% — the pass rate for native-born Americans, surveys show.

There are two components to the test. To pass the civics portion, which tests knowledge of American politics and history, applicants must correctly answer six out of 10 questions. The questions are randomly selected from a list of 100, and there's no multiple choice. The other portion of the test, which is not included here, is the English language test. If an applicant fails either, they have to re-pay the fee ($680) and re-take the exam.

The following questions were taken from the list of 100 civics questions. Admittedly, these are some of the harder ones. Could you pass? Try it out below, and let us know how you did in the comments!

Hint: Write down your answers separately and check them below.

1. What did the Emancipation Proclamation do?

2. Who is the Chief Justice of the United States?

3. Name one of the three authors of the Federalist Papers.

4. If both the president and the vice president can no longer serve, who becomes president?

5. When is the last day you can send in federal income tax forms?

6. Name one American Indian tribe in the United States.

9. The House of Representatives has how many voting members?

10. How many amendments does the Constitution have?

1. The Emancipation Proclamation freed the slaves in the Southern states.

2. John Roberts is the Chief Justice of the United States.

4. The Speaker of the House becomes president if both the president and vice president can no longer serve.

5. April 15 is the last day to send in federal income tax forms.

9. The House of Representatives has 435 voting members.

10. The Constitution has 27 amendments.