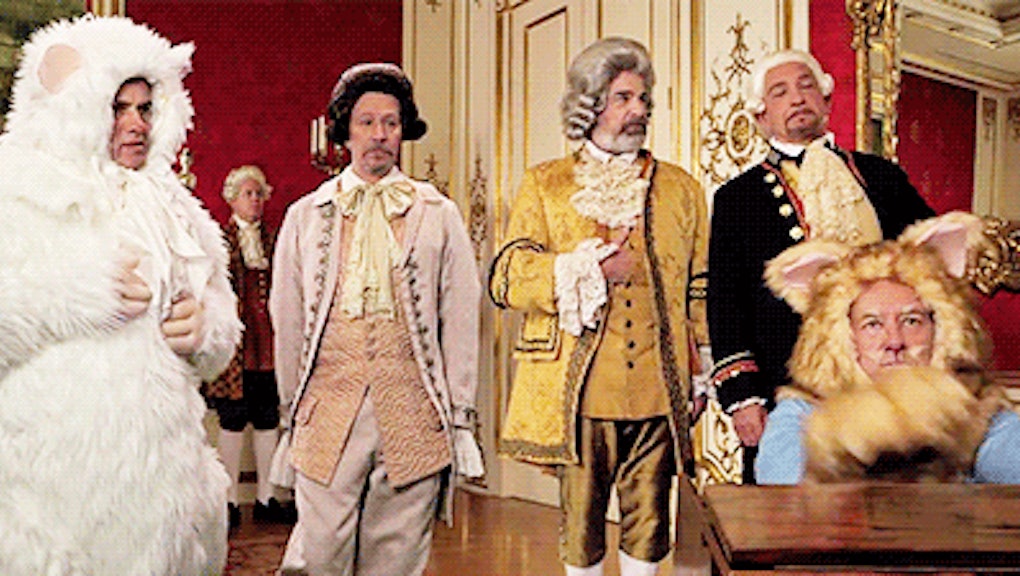 If you've ever wanted to see your favorite Hollywood actors use their award-winning talents for YouTube parodies, you're in luck.

The first video, titled "Bitman Begins," is a parody of director Christopher Nolan's dark Batman trilogy. Introduced by Martin Scorsese, it features the Hemsworth brothers, Meryl Streep and Tom Hanks in a tale of familial revenge, later revealed to be a twisted adaptation of a legendary YouTube hit:

The third features the most ridiculous cast by far, starring some of the greatest thespians of our age: Kevin Spacey, Christoph Waltz, Sir Ben Kingsley, Gary Oldman and Mandy Patinkin. Introduced by Anjelica Huston, "Ameowadeus" — a parody of the 1984 Milos Forman film — pits Spacey and Waltz against each other as bitter musical rivals, "Keyboard Cat" and "Hamster on a Piano." Kimmel himself has a memorable cameo as "Dramatic Chipmunk":

The fourth and final video is introduced by Andy Garcia as "David After Dentist: Double Rainbow Oh My God in 3-D." The fake Baz Luhrmann trailer perfectly marries the director's signature psychedelic style with a Novocaine high. The "3-D musical hallucination" stars Joseph Gordon-Levitt as the titular David, Catherine Zeta-Jones as the Tooth Fairy, Samuel L. Jackson as an evil dentist and a hippie Seth Rogen as the Double Rainbow Guy.

If these aren't Oscar-worthy performances, we don't know what is.