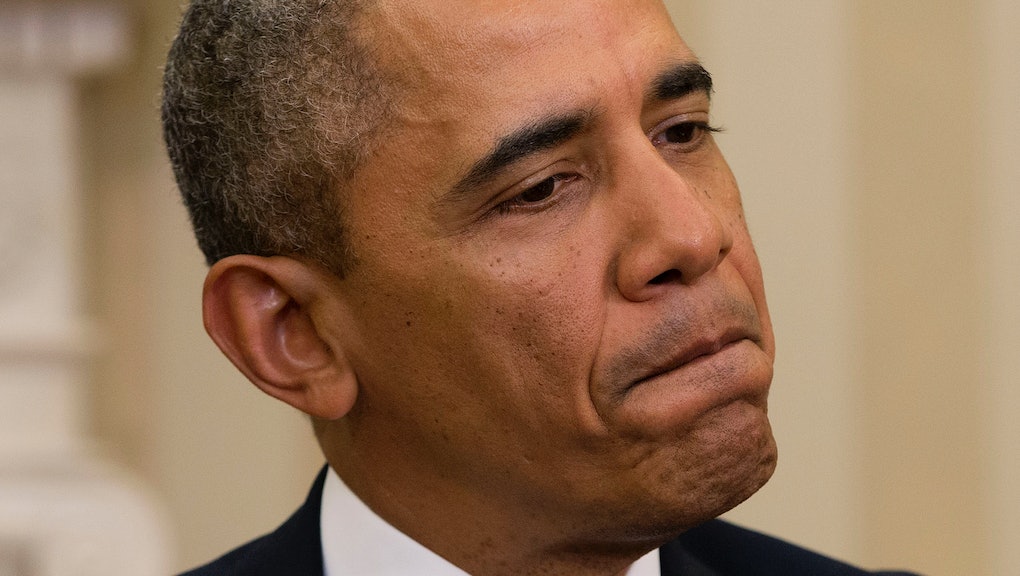 America Is Ironically Lecturing Russia About Not Invading Other Countries

American officials have been quick to denounce recent Russian troop movements in the Crimea region of the Ukraine as a stunning and illegal violation of Ukrainian sovereignty and international law.

President Obama warned Russian President Vladimir Putin that he would be on "the wrong side of history" if he continued. He also said that the U.S. would aim to preserve "the principle that no country has the right to send in troops to another country unprovoked."

That's interesting, because in this case it appears to be the consensus opinion of U.S. and Ukrainian officials that Putin has acted recklessly and engaged in the unnecessary invasion of a foreign nation's sovereign soil.

But remember that time the U.S. launched two devastating wars in the Middle East and Central Asia in response to the September 11 terrorist attacks in bold defiance of international opinion?

Those two wars in Iraq and Afghanistan (which 52% of Americans now say mostly failed) have now cost the U.S. and the world an unimaginable price in blood and treasure. The less important marker is money. The U.S. wasted a combined $1.518 trillion in funding both conflicts. The more important metric is the lives lost in these pointless conflicts. 4,489 service personnel died in Iraq. Depending on who you ask, between 32,000-100,000+ U.S. personnel were wounded. In Afghanistan, 2,315 personnel have died and 17,674 have been wounded.

But the metric the world will judge us by, just as it is the world will judge Putin's actions in the Ukraine, is the one imposed upon the citizens of the country unfortunate enough to fall under the boot of the invading force. Iraq Body Count estimates the death toll of the U.S.-inflicted War in Iraq to be 121,651-134,998, while more than 14,000 Afghan civilians died between 2009 and 2014 alone. Incalculable damage was done to the infrastructure of both nations. The instability in both countries is likely to last for years, if not decades, and it is hard to see either country maintaining anything but distrustful relations with the West in the future.

That's not even touching on the long and storied history of U.S. aggression in other countries that extends to this day. Just look at the hawkish right trying to push more sanctions on Iran, when doing so could potentially topple a landmark nuclear deal that could avert future strikes.

So maybe it is not so surprising that the U.S. suffers some credibility issues when it comes to foreign policy. The same worldview that incited America to rush into war with Afghanistan and dive headlong into Iraq has now destroyed the U.S.' moral credibility to denounce unjust war waged by other powers.

Now, of course, this isn't to take away from the weight or importance of Kerry or Obama's statements. After all, they didn't invade those countries, nor does our own hubris and indifference to the cruelty of war in other theatres excuse Russia's current goal of undermining Ukrainian autonomy. But maybe our current and future leaders should examine America's history of reckless foreign policy, and realize that the unintended consequences of wielding too big a stick and hitting anyone who pops their head up far outweigh the costs of satisfying war hawks in Congress. If the U.S. wants to be able to claim moral authority when our rivals act just as badly as we did in the past, from now on it should set the right example. Right?

The alternative — admitting that our leaders rarely act in accordance with their stated principles and values unless it's politically convenient — would be very messy and unpleasant.