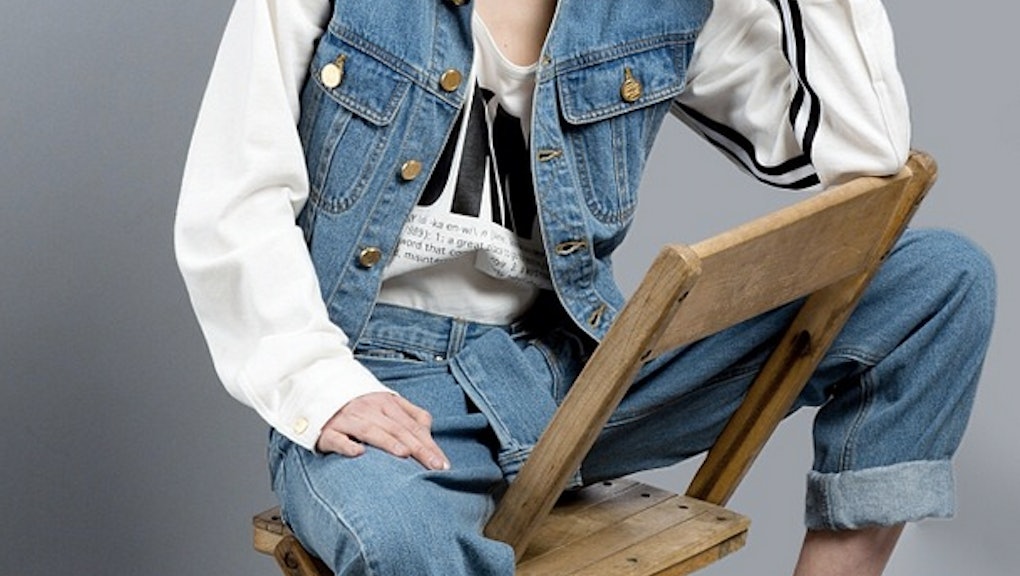 Hipsters Are Now Dressing 'Normal' in Order to Be Cool

Teva's, bucket hats and Patagonia windbreakers: anything that screams outlet mall in the middle of Colorado, or the cringe-worthy way you dad dresses when he goes to play golf, has become de rigueur according to New York Magazine's "Normcore: Fashion for Those Who Realize They're One in 7 Billion."

As author Fiona Duncan writes, the new trend is about "embracing sameness deliberately as a new way of being cool, rather than striving for 'difference' or 'authenticity.' In fashion, though, this manifests itself in ardently ordinary clothes."

These Dolce and Gabanna jorts can be yours for just $455.

"Normcore" is the new frontier in hipster fashion, placing a premium on a IDGAF sense of comfort and turning to brands usually relegated to the sale section. In essence, it is dressing "normally" to look edgy. While fashion is always borrowing from the past, this latest trend borrows from decidedly unstylish sources, making it difficult to differentiate fashionistas from tourists milling around Times Square.

As Jeremy Lewis, the founder/editor of Garmento and a freelance stylist and fashion writer puts it, "It's a very flat look, conspicuously unpretentious, maybe even endearingly awkward. It's a lot of cliché style taboos, but it's not the irony I love, it's rather practical and no-nonsense, which to me, right now, seems sexy."

"Normcore" has even infiltrated the upper echelons of high fashion. GQ, purveyor of the anti-normcore look — reminiscent of Rat Pack class and carefree carefulness — recently wrote a guide to "normcore."

Even German designer Karl Lagerfeld had his models strut through a makeshift supermarket during Tuesday's Paris Fashion Week show. One model was wearing pants cut like sweatpants and carried the ultimate in nerd fashion: the rolling backpack.

This trend emanates from a rebellion against the contrived, mass-marketed originality of brands like ASOS and Urban Outfitters. And with platforms like Instagram giving people an inside look at the fashion world's parties, inspiration and street style photography, social media is influencing fashion choices like never before. In fact, 83% of 18 to 24-year-olds say they consult at least one social platform before purchasing clothing. Thus perhaps cutting-edge millennial fashionistas are so tired of the masses stealing their trends that they've stolen the trends of the masses.

New York Magazine further postulates about the Internet's effect on the growth of the trend: "The Internet and globalization have challenged the myth of individuality (we are all one in 7 billion), while making connecting with others easier than ever. Normcore is a blank slate and open mind — it's a look designed to play well with others."

What do you think of normcore? Let me know on Twitter.