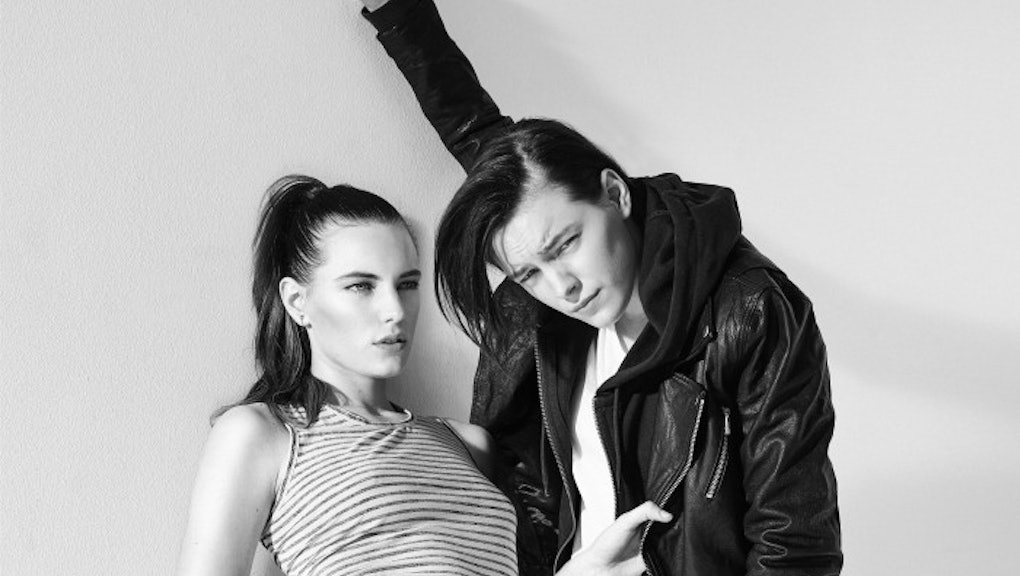 Linder, who broke more than a few hearts as a star in Katy Perry's "Unconditionally" music video last October, has previously worked with A-list models such as Adrej Pejic.

As she explains on Twitter, Linder just has "too much imagination to just be one gender."

The model's latest spread was commissioned by Swedish label Crocker by JC Jeans Company. In a series of black and white photos, Linder wears the label's traditionally male and female clothing, at one point modeling opposite herself in the same frame.

"By starring Erika as the model for both male and female styles, we want this collection to inspire creativity and confidence as we set out to break new boundaries within the fashion industry," the company states on its website.

Crocker's SS14 campaign is further proof that gender roles have no place on the catwalk. From Stella Tennant and Agyness Deyn, to Casey Legler and Sarah Whale, the fashion world seems to be realizing the beauty — and value — of the androgynous aesthetic.