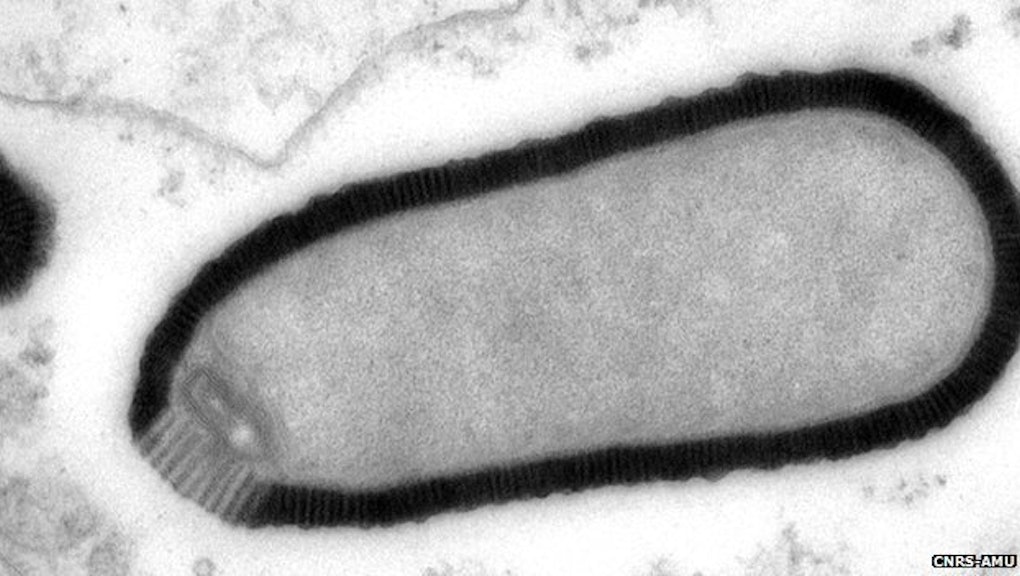 A 30,000 Year-Old Virus Has Been Resurrected in Siberia

It's a headline ripped straight out of a Ridley Scott sci-fi horror film: an ancient virus, which has been frozen below the Siberian permafrost for 30,000 years, has come back to life.

The newly rediscovered Pithovirus was buried 100 feet below the frozen ground, but it became exposed when a Russian research team took a sample of the thinning permafrost. Now scientists are worried about what other pathogens lie below and have begun the process of sequencing the DNA found in these layers.

So just how did the Pithovirus survive for so long? The answer lies in its size and structure. It belongs to a group of giant viruses that are big enough to be seen under the microscope. They are tougher and hardier than other viruses and much more genetically complex — the Pithovirus contains around 500 genes, while the HIV virus only has 12.

The virus also happened to be buried in favorable conditions. For thousands of years, it was frozen and kept out of light and biochemical degradation — Pithovirus only revived once it returned to the surface. "Special environments such as deep ocean sediments and permafrost are very good preservers of microbes [and viruses] because they are cold, anoxic [lacking oxygen], and in the dark," explained the scientists.

Despite its long state of dormancy, the virus became infectious again under laboratory conditions. It only attacks amoebas and poses no threat to humans or other animals, but there is still cause for concern: the thawing of the Siberian permafrost could revive other, less benign, viruses.

Researchers have described the area as "under threat," and the permafrost has "retreated and reduced in thickness" since the 1970s. According to NASA, "permafrost soils are warming even faster than Arctic air temperatures, as much as 2.7 to 4.5 degrees Fahrenheit [1.5 to 2.5 degrees Celsius] in just the past 30 years." As the soil thaws, it releases carbon dioxide and methane into the atmosphere, contributing to greenhouse gases and exacerbating the problem.

Climate change is not the only concern — scientists are also worried about the threat of industrial activity. The Siberian permafrost is being eyed for its natural resources, but a disturbance could unearth more pathogens like the Pithovirus.

"It is a recipe for disaster. If you start having industrial explorations, people will start to move around the deep permafrost layers. Through mining and drilling, those old layers will be penetrated and this is where the danger is coming from," said Jean-Michel Claverie, a professor in the research group.

The probability that other viruses survived, and that they pose great threat to human health, is still pretty low.