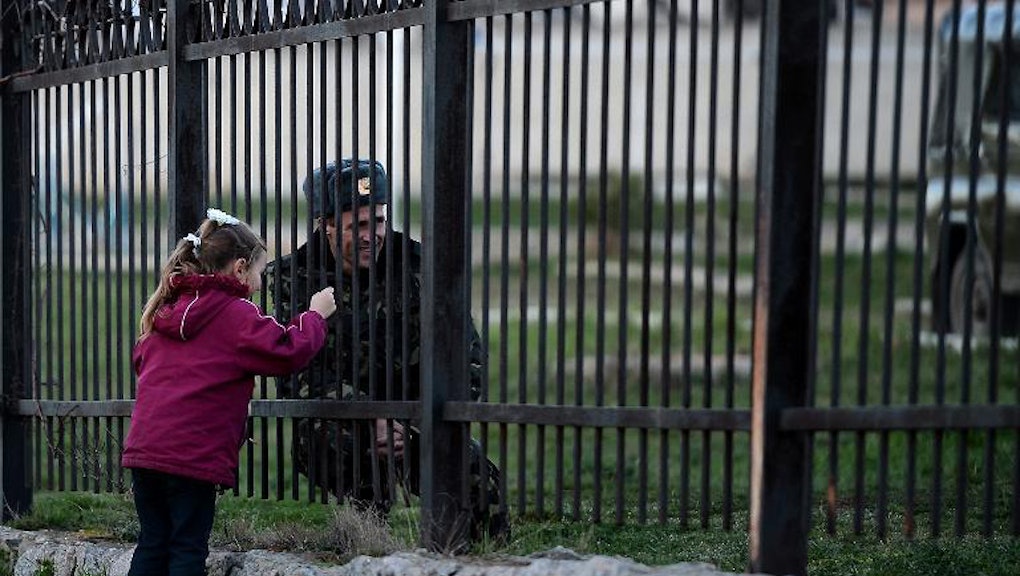 Members of the Ukrainian military serving in the Crimea face a terrible dilemma: Encircled and threatened by Russian forces, they can either surrender and possibly switch allegiance or will confront military action by a greatly superior force. Military installations have been surrounded by heavily-armed pro-Russian troops, and have been told repeatedly that surrender or battle is the only option.

Despite reports that the Russians are cutting off water and electricity supplies to the bases, many units remain stalwart in their defense of the territorial integrity of the Ukraine, though outside observers suspect this can only end with their defeat.

These photos show what's happening to those Ukrainian personnel, and in a larger sense, the Ukrainian nation itself, as it threatens to be torn asunder by the Russian action.

VICE managed to sneak inside one of the installations and interview the commander of a Ukrainian naval base, who was frustrated that the previous commander had defected to the Russians. While the Ukrainian sailors and guards were still in control of a cache of firearms, they had decided to lock them in the armory to prevent an international incident.

This graphic from the New York Times shows where Russian forces have been deployed.