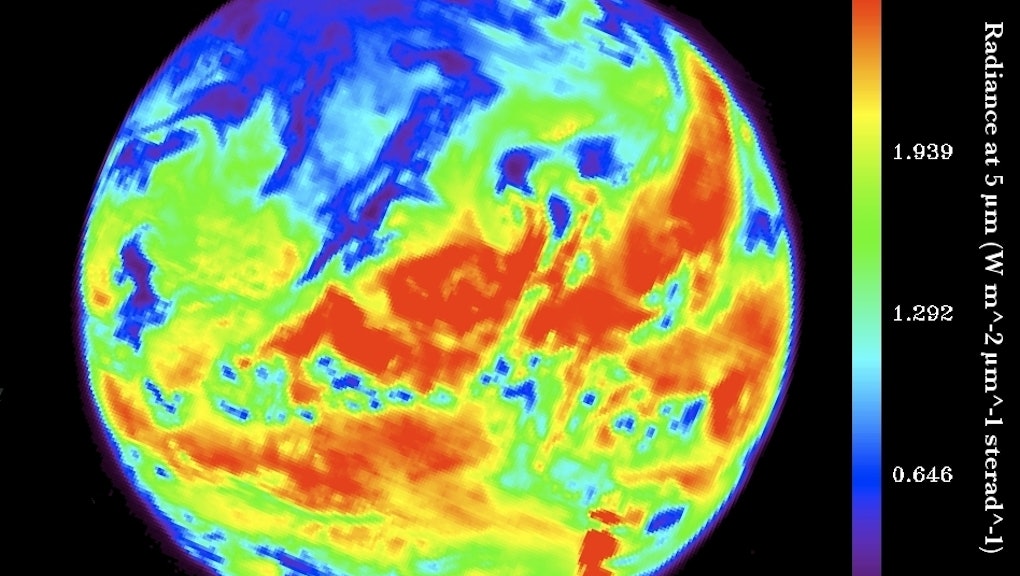 Scientists Have Discovered How to Use a New Renewable Energy Source: Infrared Radiation

The breakthrough: Scientists at Harvard may have discovered how to utilize an entirely new renewable energy source — the Earth's infrared emissions into outer space. Heated by the sun, our planet continuously leaks an astounding 100 million gigawatts of energy into the frigid vacuum beyond. Capturing only a fraction of that would be enough to power all of humanity's activities.

How can this be done? It's not immediately obvious, admits lead researcher Professor Federico Capasso: "To generate power by emitting, not by absorbing light, that's weird. It makes sense physically once you think about it, but it's highly counter-intuitive." His Harvard team has devised a potential solution in a device called an "emissive energy harvester" (EEH). Its most practical form resembles a solar panel, except instead of catching incoming light, the cell releases infrared radiation to generate energy.

How does it work? The Harvard team propose two kinds of emissive energy harvesters in their paper, published in the Proceedings of the National Academy of Sciences.

The first harvester, a thermal EEH device, consists of a "hot" plate at the temperature of the Earth, with a "cold" plate placed on top. The cold plate is made of special material that can cool very efficiently by radiating heat to the sky. The heat differences between the plates can generate an average of 2.7 watts per square meter (or roughly .25 watts per square foot). This is extremely low for large-scale power generation. But it works.

The second device is a much smaller, and more promising, set up. It consists of a microscopic "rectenna," an antenna connected to an electrical component, a diode. Normally, incoming radiation induces an AC voltage across the antenna. In the energy harvesting set up, the antenna is positioned to instead emits the Earth's infrared radiation toward the sky. This cools the electrons in the surrounding part of the circuit, forcing a current to flow to the antenna from the warmer diode. This hot/cool flow makes the antenna act as a resistor and produces a voltage. "The [device] is emitting much more radiation than it receives," says lead author Steven Byrnes, a postdoctoral researcher. "This is the imbalance that we can take advantage of to create DC power."

Is this the future of energy? There are many engineering challenges to be addressed before this exciting technology becomes viable. One of the main problems is that the voltage generated by harvesting energy from infrared emissions is low. Engineers and physicists are already working on new types of electronic components that can better generate power at low voltages or boost the overall voltage to a more practical level.

Overall, these proof-of-principles are a promising beginning. "Now that we understand the constraints and specifications, we are in a good position to work on engineering a solution," Byrnes says. One interesting goal is to make the technology efficient enough so that thousands of tiny infrared-harvesting rectennas could be attached to large solar panels to harvest infrared energy during the night.

Thanks to some creative scientific thinking, a new energy frontier has been opened. Excitingly, the all out-quest to harness new sustainable sources of energy continues on.