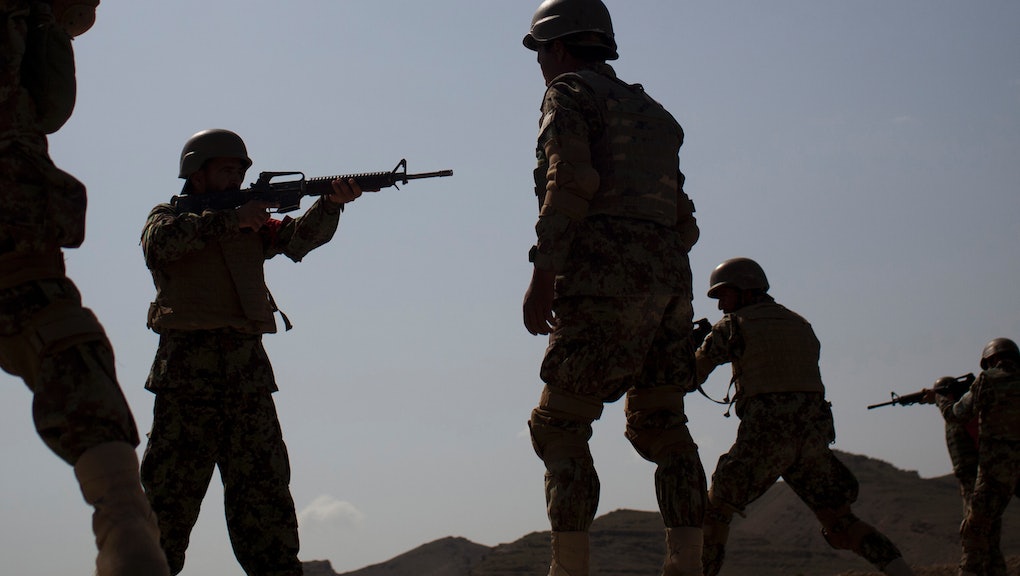 1-in-4 Army Soldiers Had Mental Illness Before Enlisting, a Shocking New Study Finds

According to a series of studies published in JAMA Psychiatry on Monday, more than a quarter of all U.S. soldiers met the criteria to be diagnosed with common psychiatric disorders before enlisting in the Army, and a shocking 8% had considered suicide at one time or another.

The study also found that those who are most at risk of attempting suicide, one in 10 of the subjects studied, have a history of impulsive anger or "intermittent explosive disorder." That's five times higher than in the general civilian population. A combination of these disorders, the obvious stresses faced by deployed personnel and other pertinent factors can create the toxic mix for a soldier to take his own life — partially explaining a soaring suicide rate among young vets.

According to Ronald Kessler, a Harvard University sociologist who led one of the studies, the problem is a "blind alley" and refusing to enlist people with mental illnesses won't solve it.

"If I said to your news organization, what you should do is just have people who have never been ill, you wouldn’t have anybody to hire ...

"The kinds of disorders that are the very common ones, you just can't have a business and say I'm not going to take anybody like that. Already, close to one third of the population is ineligible to enlist in the army. Now go into that two thirds and take the half who have had a mental illness, there's nobody left."

Instead, the Army may move to screen recruits for mental health issues after enlistment, hopefully removing the incentive for some to hide potential psychiatric conditions during the process.

"You have to live with the reality that having these common mental disorders is part of life," Says Kessler. "The way you handle it is to recognize it exists, to say to people that your job when you come in is to get yourself strong, trained and do what you need to do, and that doesn't mean just lifting weights and being able to take your weapon apart in the dark — it means getting your head straight."