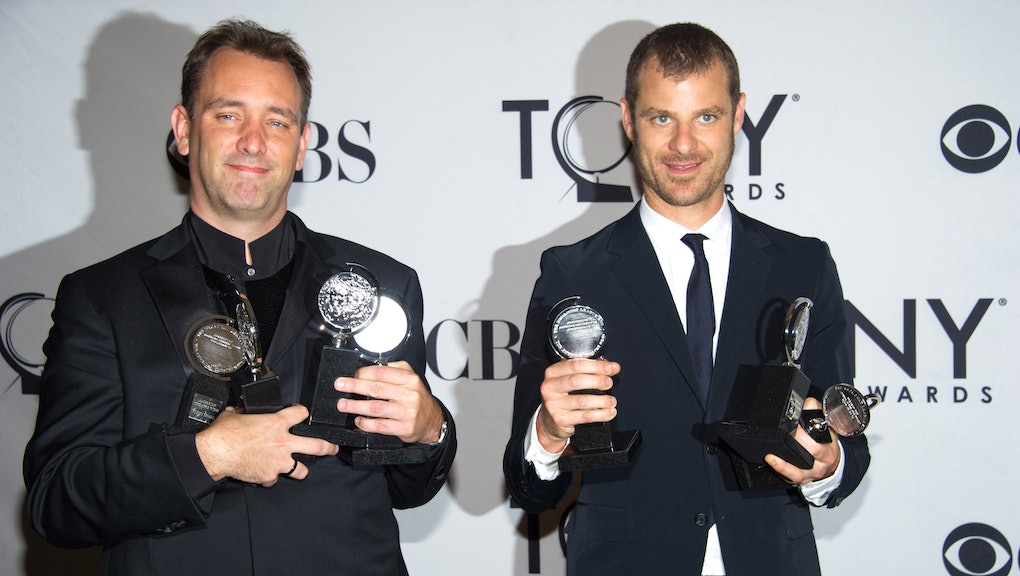 The success of former Congressman Ron Paul's presidential runs and the availability of so much free and cheap literature, communities, and activism that the Internet now affords us, libertarianism is experiencing a renaissance that Murray Rothbard and Ludwig von Mises could have never dreamed of.

More and more people do not identify as Republicans or Democrats, oppose the surveillance state and U.S. interventions abroad and are attracted to the consistent defense of individual liberty that libertarians offer than ever before. Over and over again, libertarians are vindicated in their warnings against the dangers of centralized power, bailouts, stimuluses, foreign wars and the boom-and-bust economy created by the Federal Reserve system.

While millennials make up the largest percentage of those that call themselves libertarian, here are 9 incredibly successful people that you probably didn't know are also libertarians.

The star of Swingers, Wedding Crashers, and Old School is one of the most outspoken libertarians in a Hollywood dominated by limousine liberals. Vaughn endorsed Ron Paul for president in 2012 and even hosted him and his wife Carol at the premier of Vaughn's Couples Retreat. In return, Vaughn has also been a guest at Paul's annual family barbecue in Lake Jackson, Texas. In 2011, Vaughn introduced Paul at the Libertarian Political Action Committee in Reno, Nevada.

In an interview with Adam Carolla, Vaughn said that his parents' hardworking, self-reliant background helped shape his personal political views. "I think that what you come, as you get older, you just get less trust in the government running anything," Vaughn told Carolla. "And that you start to realize when you really go back and look at the Constitution and the principles of liberty, the real purpose of government is to protect the individual’s right to, sort of, think and pursue what they have interest in."

Jacobs, the former professional WWE wrestler better known as Kane, supported Ron Paul for president in 2008. He began writing posts with a highly libertarian bent on his website and now writes for the most popular libertarian website in the world.

In an interview on Thomas Woods' radio program, Jacobs mentioned that while he always had libertarian instincts, it was the work of Harry Browne, Ron Paul, John Stossel, Peter Schiff and Murray Rothbard that helped add flesh to his libertarian skeleton. Jacobs also told Woods that he is "theoretically a Rothbardian," that government should be bound by the same moral laws as the rest of us.

Jacobs is also a member of The Free State Project.

The co-founder of Wikipedia, one of the greatest examples of the spontaneous order and bottom-up, horizontal regulation that libertarians prefer, is a self-described libertarian.

In a 2005 interview with Brian Lamb of C-SPAN, Wales was asked about his interest in Ayn Rand and Objectivist philosophy. Wales had been attracted to Rand's philosophy after reading The Fountainhead in college but had soured on some of her, and the Objectivist movement's, rough edges.

Wales told Lamb that he essentially hates political parties and generally believes in "freedom, liberty, basically individual rights, that idea of dealing with other people in a matter that is not initiating force against them" and uses these principles in both his personal and entrepreneurial life.

The drummer and lyricist for Rush is another Randian turned libertarian. In the 1970s, Peart was heavily influenced by Ayn Rand, even dedicating Rush's 2112 to "the genius of Ayn Rand." Rush's most famous song, the classic "Tom Sawyer," features the iconic line, "his mind is not for rent ... to any god or government."

In 2012, Peart told Rolling Stone that he no longer was fond of Rand and that his political philosophy had changed. According to Peart, the Republican party is "absolutely opposed" to the teachings of Christ and he now calls himself a "left-libertarian" or "bleeding-heart libertarian."

The founder of Wikileaks, responsible for millions of documents detailing the crimes of governments and corporations around the world, says that the current libertarian strain of political thought in the Republican Party was the "the only hope" for American electoral politics. Assange has commended the libertarian ideal of "non-violence" on issues like foreign wars, the draft, tax collection and privacy. Assange also loves markets and is hugely influenced by American libertarianism.

At a forum hosted by the transparency organization OurSay.org, Assange said that "[I] am a big admirer of Ron Paul and Rand Paul for their very principled positions in the U.S. Congress on a number of issues.They have been the strongest supporters of the fight against the U.S. attack on WikiLeaks and on me in the U.S. Congress. Similarly, they have been the strongest opponents of drone warfare and extrajudicial executions."

Russell, star of movies like Grindhouse, Overboard, Escape From New York and its sequel, Escape from L.A, is also a libertarian. In 1996, he told the Toronto Sun, "I was brought up as a Republican. But when I realized that at the end of the day there wasn't much difference between a Democrat and Republican, I became a libertarian."

When Bill O'Reilly asked Russell about his politics, Russell responded, "Limited constitutional government. I believe in that. Freedom, freedom, freedom. And we're living in a very interesting time right now for Libertarians because this American experiment is having a difficult time in terms of freedom."

During the 2012 presidential primaries, the American Idol star tweeted her support for Ron Paul. "I love Ron Paul. I liked him a lot during the last Republican nomination and no one gave him a chance. If he wins the nomination for the Republican party in 2012 he's got my vote. Too bad he probably won't."

After she received a barrage of angry tweets accusing her of being "anti-gay" and supporting racism, Clarkson defended herself against these ridiculous and ignorant claims. "I like Ron Paul because he believes in less government and letting the people (all of us) make the decisions and mold our country. That is all. Out of all of the Republican nominees, he's my favorite."

Clarkson later rescinded her support, endorsing President Obama over Governor Mitt Romney, but Clarkson’s personal life is very libertarian. In a New York Times profile, Clarkson reveals that she leads a very private, anti-paparazzi life on her ranches in Kentucky and Texas, runs a large animal-rescue shelter, owns nine guns and sleeps with her Colt .45!

The star of The Drew Carey Show, former host of Whose Line is it Anyway?, and current host of The Price is Right is an outspoken libertarian.

A former Marine, Carey spoke out against the Iraq War while still supporting the troops by performing for them in Iraq. Carey supported Ron Paul's 2008 presidential campaign. He has also hosted a series of mini-documentaries called The Drew Carey Project for Reason TV, discussing issues like private highways, eminent domain, the drug war, taxes and economics.

The iconic creators of South Park, one of the most successful shows in television history, the Tony-award winning Book of Mormon, and multiple movies have spent their careers poking fun at religion, celebrities and politicians of both parties.

In one of their most famous episodes, during the 2004 presidential election, the South Park boys had to choose between a giant douche and turd sandwich for class president and also poked fun at P. Diddy's ridiculous "Vote or Die" campaign. Despite objections from Comedy Central, they insisted on making multiple episodes depicting the Prophet Muhammad in defense of free speech.

In a lengthy interview with Reason Magazine, Parker and Stone discuss growing up in Colorado in the 1980s, their contrarian nature and why they came to reject left and right and settle on libertarian by default. "The show is saying that there is a middle ground, that most of us actually live in this middle ground, and that all you extremists are the ones who have the microphones because you’re the most interesting to listen to," Parker says. "Maybe it takes a fourth grader to point out how wrong Michael Moore and Donald Rumsfeld both are."

Stone recently told the Guardian that he is "pro-gay and pro-gun," and in summing up South Park's philosophy, famously said, "I hate conservatives ... but I f***ing hate liberals."