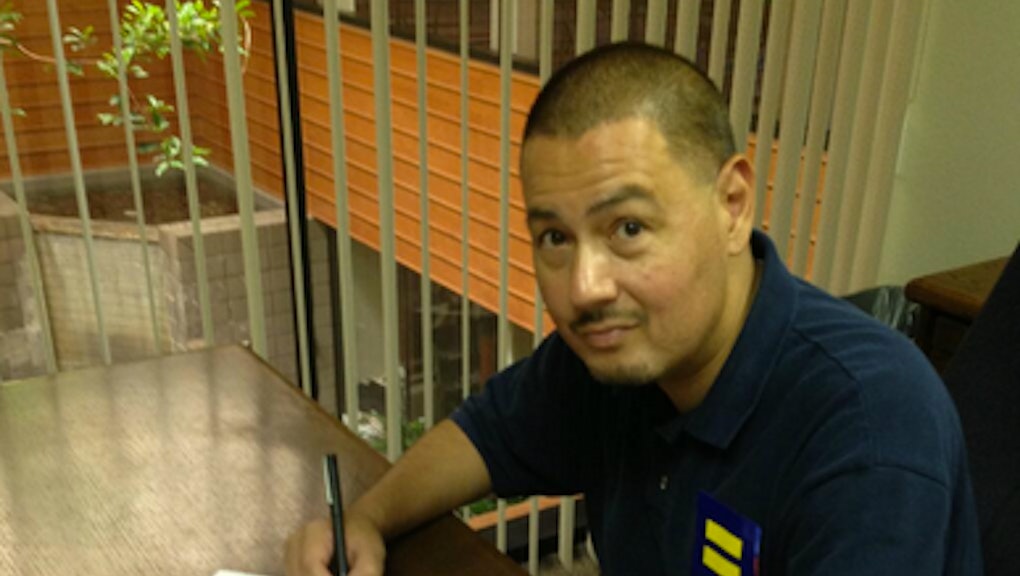 Arizona Governor Jan Brewer made waves last week when she vetoed the state's anti-gay/pro-discrimination bill, which would have allowed businesses to refuse service to anyone based on the business owner's religious beliefs. But the bill also had an unintended consequence: inspiring a state senator to come out.

On Wednesday, state senator Steve Gallardo publicly came out as a gay man. After openly opposing Bill 1062, he called the veto a "game-changer" that motivated him to open up about his personal life. "I don't know why the Legislature was doing this. I should come out, I should say something, I should share the personal side of my life that I don't really share," he told NBC News.

Earlier that day, Gallardo addressed the press at the state Capitol and spoke similar words: "I am gay, I am Latino and I'm a state senator," he said.

Since then, Gallardo has taken to his Twitter to address the positive response he has received:

Gallardo, a Democrat, has announced his plans to run for the soon-to-be-retired Rep. Ed Pastor's (D-Ariz.) congressional seat. When asked how his announcement might affect his campaign chances, Gallardo said he was not worried about the potential fallout.

"I don't care about the congressional race, I don't know if it helps me or hurts me, this is bigger than any race," he said. "If I can make it easier for just one person, it's worth it."

And it seems that Arizona residents are already standing behind his outspoken opposition to the discrimination bill. According to a Public Policy Polling survey, two-thirds of Arizonans said they opposed the bill, and 72% said they were glad it was vetoed. A record 49% of residents also said they believe same-sex marriage should be legalized.